5 Methods of the Martyr

There’s a pretty big difference between a historical martyr, like Joan of Arc, and a person who is acting out the Spiritual’s shadow archetype, the Martyr. The shadow Martyr is all about the guilt trip and their cause is usually to garner attention through sympathy for himself or herself.

Invoking the Shadow in Order to Control

The Shadow Martyr uses self-induced suffering in order to manipulate and guilt others. They usually make their sacrifice the focal point in every interaction in order to feel superior. They strongly believe that their sacrifice will get them the recognition they deeply desire. Sometimes the Martyr has chosen a path that has left them bitter and resentful, and they want everyone to be punished for it.

Unfortunately, the Martyr does happen to be rather delusional and really believes they are doing the right thing, even at the expense of their own health and happiness. By sacrificing so much of their own lives, Martyrs tend to not cultivate independent projects and passions. They also expect you to do the same for them.

By playing up their scapegoat side, Martyrs take the blame for others and rarely defend themselves. They feel responsible for everyone at times, acting almost eager to be further punished. Deep inside, they have a very strong need for attention, validation and approval, and this is manifested in their absolutely frustrating actions.

They Can’t Get No Satisfaction

To add insult to injury, if Martyrs get the appreciation they so desire, they feel terribly uncomfortable and can’t truly accept it. They carry the weight of the world, but it’s self-induced, no one has asked or demanded they pick up the slack. The complaints multiply and they never feel true satisfaction in their deeds. And if they feel snubbed by you, they become distant and may find their acclaim elsewhere.

Sadly, the Martyr has a pretty low case of self-esteem. They feel unworthy of happiness or fulfillment, and will sabotage any strides made for the better. They give and give but it is never enough, and it is the only way they can feel special. Despite all this supposed sacrifice, they are particularly self-centered, feeling put out and stressed so much, relying on your praise and validation to build them up. The relationship that ensues is practically parasitic in its constant need for flattery.

Do you know your archetypes? Take our short quiz to find out! 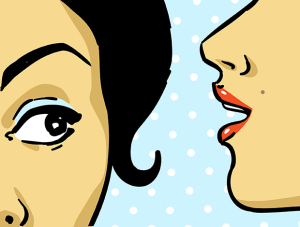 Gettin’ the Goods on the Gossip Archetype

Colleen is a writer, runner, and perfume fan with an appetite for Hatch green chile.