The Advocate Family of Archetypes

“The happiest people I have known have been those who gave themselves no concern about their own souls, but did their uttermost to mitigate the miseries of others.” -Elizabeth Cady Stanton

Advocates have strong principles and well-articulated belief systems. They’re generous, moral, and energetic in their commitment to making a difference in the world. Advocates are often so passionate about their causes that they can alienate people around them; but they can also be incredibly attractive because they are generous at heart and are able to share their deepest feelings.

Whether they are crusaders for freedom, environmentalists, protectors of animals or watchdogs for human rights, this family of archetypes lives for ideals more than anything else. Along with the obvious ties with Caregivers, Advocates are also Creative and Visionary, imagining a better society. But they are pragmatists too, who know that bettering the world requires hard work.

Heroes know how to stay true to their mission and pursue their goals without succumbing to naysaying or fear.

Learn more about the Hero

Physically fit and perpetually curious, Environmentalists love having friends and family on hikes, canoe trips, and other forays into nature. They are typically healthy and fearless.

Learn more about the Environmentalist

Crusaders are brave, articulate, and moral people who will risk everything for their cause. They are strong and charismatic leaders who use their brains and bodies to achieve their goals.

Learn more about the Crusader

Articulate about their beliefs yet realistic about what the rest of the world is willing to do, they live by example rather than scolding.

Learn more about the Vegan/Organo

Intelligent and disciplined, lawyers are high-powered and thick-skinned, qualities that make them game for challenges that frighten others.

Learn more about the Lawyer

Feminists are avid listeners who work well together and understand that the more opportunities they have, the better their lives will be for their children and their families.

Learn more about the Feminist

Human Rights Advocates have the highest of moral convictions and a hopeful but realistic sense of what can be done to aid the oppressed. They are as brave as they are selfless.

Like Addicts who count the hours before the next drink or cigarette, Obsessive Advocates are always itching to take up arms and fight, even at the most inappropriate times.

Learn more about the Obsessive

Because Advocates work hard to understand their causes, they are knowledgeable about matters that many people intentionally ignore. This can make them opinionated and judgmental to the point of belligerence.

Learn more about the Opinionator

Tech-oriented Advocates tend to feel that in the Internet age, all information should be free. But when they end up sharing confidential information or content that is protected by law, they run into trouble.

Learn more about the Hacktivist 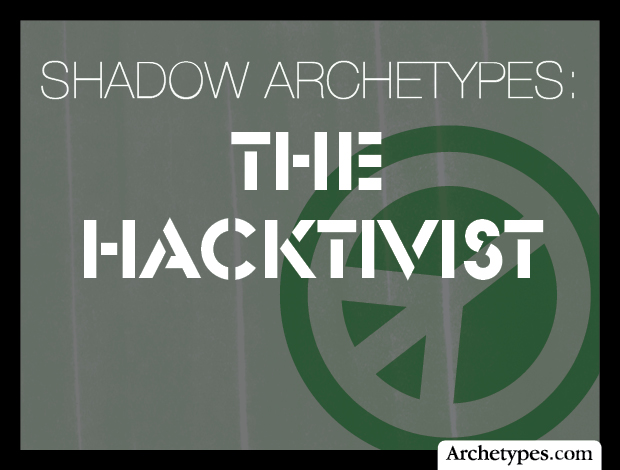 When Advocates lose a sense of perspective because they believe so firmly in their cause that they are willing to invoke violence to promote it, they become Anarchists.

Learn more about the Anarchist

The Intellectual Family of Archetypes