The Advocate Family: The Crusader

Crusaders cannot be diverted from their cause. Whether it was the original Martin Luther, who railed against the Catholic church and accused it of lining its coffers from the pockets of the poor, or Martin Luther King, Jr., who led the crusade for African-American civil rights, their purpose is to incite and ignite in order to get the message across. Crusaders often have to suffer in the most serious ways to defend their beliefs.

Che Guevara, who took up armed resistance in his fight for the poor of Latin American, was exiled in Bolivia. And at Nelson Mandela’s 1962 trial for leading South Africa’s “Burning Spear” resistance movement, which led to his imprisonment for sabotage for 27 years, he was found guilty of treason.

In his statement to the world at the time, he said that he cherished the ideal of a free society for all and “if needs be, it is an ideal for which I am prepared to die.” This is the language of a Crusader, the fiercest of advocates with a belief system so strong he puts his life on the line to defend it.

These days, and especially with social networking as a tool, Crusaders can spearhead and inspire in ways they never did before. They are behind recent uprisings against flawed governments and corporations, such as those that recently removed Egypt’s President Morsi from power or who occupied Wall Street a few years back. Modern-day Crusaders are also likely to be on a quest to eradicate social evils like malnourishment, or working to bring clean water to communities in underdeveloped countries.

Strengths
Crusaders are brave, articulate and moral people who will risk everything for their cause. They are strong and charismatic leaders who use their brains and bodies to achieve their goals.

Weaknesses
An inability to compromise makes them difficult to persuade, and their zealotry can provoke anger in those with whom they disagree.

Words
“The revolution is not an apple that falls when it is ripe. You have to make it fall.” -Che Guevara 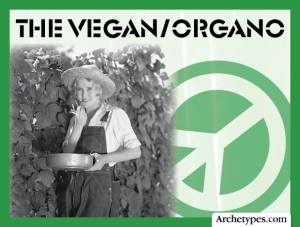