The Advocate Family: The Feminist

In a country in which the rights of women can sometimes be taken for granted, Feminists remain tireless in their advocacy for women’s rights, not just in the United States but in countries around the world where women are still treated as second-class citizens.

Although there have been women’s advocates dating back to medieval times, the 20th century American suffrage movement gave women the right to vote and marked the beginning of modern feminism. Its founders, Elizabeth Cady Stanton and Susan B. Anthony, collaborated in a way that was an inspiration for a sisterhood today.

Their forceful advocacy work blazed a trail for the Feminists who followed, including Simon De Beauvoir (author of The Second Sex), Gloria Steinem, Germaine Greer; and Betty Friedan, whose The Feminine Mystique took to task every aspect of female stereotyping and debasement. Years later Madeleine Albright made it clear that the battle isn’t one any woman should fight alone. “There is a special place in hell for women who do not help other women,” she wrote.

These days, Feminists are business leaders, authors, and celebrities who continue to fight for better wages, maternity rights, and professional opportunities. Then there are the newest waves of Feminists—brave young women from abroad fighting fundamentalist forces opposed to any educational and sexual rights of women.

These include Tawakkol Abdel-Salam Karman, Yemen’s “Mother of the Revolution,” and Malala Yousafzai, the Pakistani schoolgirl who survived an attempted murder by the Taliban to become an inspirational figure to women worldwide.

Strengths
Feminists are avid listeners who work well together and understand that the more opportunities they have, the better their lives will be for their children and their families.

Weaknesses
Some Feminists can be one-dimensional in their thinking, with a tendency to distrust men in power even when they are worthy and equality-minded.

Passions
Reading work by other women, as well as political history and theory; organizing events and networking

Words
“He is a gentleman and I am a gentleman’s daughter. So far we are equal” -Jane Austen 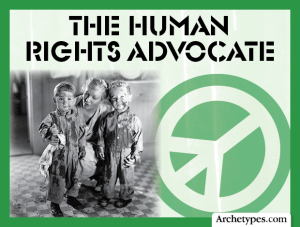