The world’s conflicts are so overwhelming that most of us can barely read the international news with its reports of famine, genocide, sexual slavery, corrupt leaders and illiteracy. That’s why Human Rights Advocates are so important. They are willing to serve as global watchdogs and to be the voices of the oppressed in their own countries and abroad. They don’t just lead; they lead by example. Or as Mahatma Gandhi put it, “You must be the change.”

Whether in Europe, where the late dissident writer Vaclav Havel formed his own human rights organization criticizing the oppressive Czechoslovakian government, or in Southeast Asia, where the Nobel Prize-winning Aung San Su Kyi endured house arrest and imprisonment for advocating against an oppressive Burmese regime and her legal right to be president, human rights advocates take on corrupt governments and organizations that the rest of us find unapproachable.

The Dalai Lama continues to speak up against China for Tibet’s right to be recognized as an independent nation. In the United States, organizations like Amnesty International, Human Rights Watch and P.E.N. bring attention to the plights of vulnerable populations by advocating to the U.S. government, United Nations and international watchdog agencies. As resources decrease and arms proliferate, Human Rights Advocates serve as a conscience and spokespeople for global sanity.

Strengths
Human Rights Advocates have the highest of moral convictions and a hopeful but realistic sense of what can be done to aid the oppressed. They are as brave as they are selfless.

Weaknesses
Often consumed by their work and lost in their causes, these advocates can find it hard to relax and have fun, given that luxury and pleasure seem frivolous in context of world issues.

Words
“We will surely get to our destination if we join hands.” -Aung San Suu Kyi 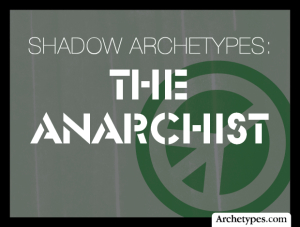