The Advocate Family: The Lawyer

The legal profession requires a Lawyer to advocate as much from the head as the heart. They are often so articulate that many of the greatest speakers in history have been Lawyers. Daniel Webster, who distinguished himself in Congress with his speeches opposing the War of 1812 and other matters, went on to become a great Lawyer and the nation’s most famous orator.

Like all great Lawyers, Webster could argue both sides of any case he took, although he became known for his anti-taxation stances, potently stating as only a Lawyer could that “the power to tax is the power to destroy.” This skill is also exemplified by contemporary attorney Alan Dershowitz, who defended Patricia Hearst, O. J. Simpson and Mike Tyson.

Some Lawyers will only represent clients with causes they support. For instance, Thurgood Marshall argued in the Brown v. Board of Education trial against separate but equal laws that enforced segregation. He won 29 out of his 32 cases in support of civil rights in the Supreme Court before going on to serve as the first African-American Supreme Court justice.

Strengths
Intelligent and disciplined, lawyers are high-powered and thick-skinned, qualities that make them game for challenges that frighten others.

Weaknesses
Lawyers by nature can dominate conversations and they have a tendency to argue as much for sport as necessity. Their persistence in getting their way can be exhausting. And the line of work means sometimes they have to throw themselves into work with such intensity that they become unavailable for long periods.

Passions
Reading newspapers, journals, and any literature that informs or entertains around legal topics

Words
“The business of lawyers is to talk, to interrupt one another and to devour each other if possible.” -Joyce Carol Oates 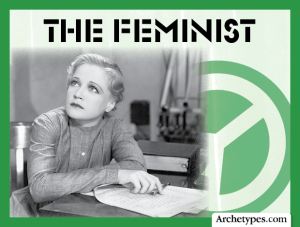 The Advocate Family: The Feminist