ArcheGuides: Classic Reads for the Athlete

The Athlete’s life is all about pushing harder, going faster, maxing out. Without perspective, though, it can all feel like empty striving. Here are three books to keep you focused.

Pulitzer Prize winner Malamud looks at the role of the hero in this evocative, darkly prophetic tale published in 1952. Morally myopic and tripped up by chicks with names like Memo Paris, baseball slugger Roy Hobbs wants to be a god but is brought down by temptation. For a more upbeat version of this modern tragedy, check out the movie, which has Robert Redford in the role of Hobbs.
Buy Now: $12 at Barnes & Noble

A good-egg sports hero at Weequahic High, Seymour “Swede” Levov is the kind of hypernormal guy who seems destined to breeze through life. After a stint in the Marines during World War II, he marries a beauty queen and goes into the family business. The social chaos of the sixties, however, triggers a tragedy that sends Levov into a tailspin. Roth won a Pulitzer for this elegiac novel, published in 1997.
Buy Now: $13 at Barnes & Noble

In this satirical novel published in 1916, sports columnist Lardner takes aim at the greed and stupidity in his beloved sport with the story of bush-league pitcher Jack Keefe, who self-destructs when he makes it to the majors. Written in the form of letters between Jack and a buddy, Al is filled with spot-on lines including, “Although he is a very poor fielder, he is a very poor hitter.” A friend of F. Scott Fitzgerald’s, Lardner earned fans with his prose, one of them being Virginia Woolf.
Buy Now: $17 at Barnes & Noble 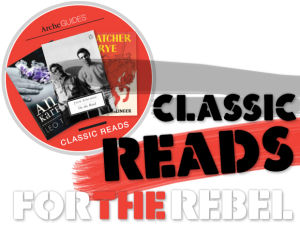 ArcheGuides: Classic Reads for the Rebel