ArcheGuides: Classic Reads for the Royal

From the poetic princes of India to Frederick the Great, “Royal” and “art” have been inseparable. Here are three volumes to inspire and refine.

A fictional autobiography of the Roman emperor, Graves’ psychologically astute work portrays the nobleman as a stutterer who survived murderous jockeying for the throne by convincing rivals he was a fool. Published in 1934, Claudius endures as a ripping read about a man who understood his own power.
Buy Now: $13 at Barnes & Noble

Published in 1532, this treatise by the Italian diplomat and political philosopher has an image problem: In the modern world, the word “Machiavellian” is synonymous with ruthlessness. The author, who dedicated his work to one of the Medicis, was indeed an elitist: “The vulgar crowd always is taken by appearances, and the world consists chiefly of the vulgar,” he writes. But his imperious insight into the workings of power remains timely and invaluable.
Buy Now: $10 at Barnes & Noble

A noblewoman and lady-in-waiting in Japan’s imperial court, the author spins a psychologically sophisticated story about the dissolute life of “Shining Prince” Genji in a 10th-century epic often described as the world’s first novel. Sharply observed and sometimes soapy (incest, amnesia, fatal heartbreak…), Genji is a splendid indulgence.
Buy Now: $15 at Barnes & Noble 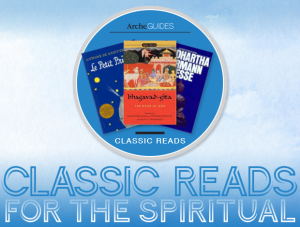 ArcheGuides: Classic Reads for the Spiritual