ArcheGuides: Classic Reads for the Visionary

Sometimes it takes fiction to tell the truth. The authors of these three Visionary works saw what was on the horizon before anyone else.

When Huxley’s satirical and foreboding sci-fi novel was published, in 1932, literary critics took offense: His version of a future in which babies were produced in hatcheries and citizens were kept pleasantly numbed with a hallucinogen seemed as decadent as it was preposterous. Eugenics? The utter loss of free will? An omniscient, totalitarian government? Read Huxley and see how the master made it all sound inevitable.
Buy Now: $18 at Barnes & Noble

Published in 1950, Bradbury’s loosely connected tales about colonists on the Martian frontier are less about rocketships than human frailty. First pegged as a sci-fi writer, Bradbury broke into the mainstream with Chronicles, whose emotional depth and dazzling prose still seduce. His vision is dystopian: after Earth dwellers target the red planet, rockets disgorge some who plant trees, others who build hot-dog stands. The conquistadores bring disease, and the golden-eyed Martians drop like flies.
Buy Now: $12 at Barnes & Noble

Just weeks after Jane Austen’s gentle Persuasion was published, Mary Shelley’s Goth horror shocker debuted in London. Chronicling the folly of Victor Frankenstein, a Swiss scientist whose research into the secret of life goes seriously awry, the book was an instant success. Edited by poet Percy Shelley, the author’s husband, it’s a memorable testament to the perils of playing with fire.
Buy Now: $7 at Barnes & Noble 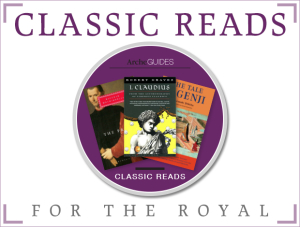 ArcheGuides: Classic Reads for the Royal