Archetypes Haunted Escapes: 7 of the Spookiest Places Around the Globe

As the inspiration for Stephen King’s The Shining, this grand hotel maintains a history of hauntings that still continue to this day. Guests have witnessed objects moving around, children laughing and heard music playing. The hotel is still open, so by all means enter if you dare…

Pripyat was once a city of around 50,000 people, but was completely abandoned after the Chernobyl nuclear disaster. It has been left looking like an eerie apocalyptic scene. Having been empty since 1986, this ghost town is now completely overgrown. It still has all the original office/apartment buildings including a creepy rusted over amusement park. It’s like walking into a freeze frame of the Soviet Union in the mid-80s.

Located not far south from Mexico City is an island inhabited by dolls and only dolls. It is dedicated to the lost soul of a poor girl who met her fate too soon. There are hundreds of dolls all over the island hanging from trees with their severed limbs, some headless, some bodiless and all with blank staring eyes. Local legend has it that the dolls whisper to each other, move around and open or close their eyes. Needless to say, this is not a family friendly tourist destination.

Once a check point for shipping international goods, then a hospital turned asylum; Poveglia Island ended up becoming a quarantine station for plague victims. It was eventually all together abandoned, leaving the lost souls of so many of those who suffered still roaming the island. It’s known to be the most haunted place in the world.

Shipwrecks from WWII populate this seabed due to a massive assault by the US Navy that ended in the result of many sunken military treasures. Consisting of fighter aircrafts, tanks, bulldozers, motorcycles, torpedoes, bombs, weapons and even human remains; these waters have been reported haunted by many a diver.

Conceived in the late 18th century as a solution to mass overflowing graveyards in and around Paris, bones and decaying corpses were exhumed and arranged in existing tunnels once ancient quarry tunnels underneath the city of Paris. The Catacombs holds 6 million Parisians and part of it is open to the public. However, there are many secret entrances around the city leading to areas of the catacombs that are not seen by the public.

Located at the base of Mt. Fuji, Aokigahara, also known as the “Suicide Forest”, is the world’s second most popular place for suicide. Legend has it that in ancient times, families would be sacrificed here during times of extreme famine and are known to haunt the surrounding forest. With over 500 confirmed suicides since the 1950s, walking through here you run a high risk of bumping into a dead body or two. In fact, so many people have come to “visit” this forest that officials have put up signs encouraging life such as “Life is precious” and “think of your family.” 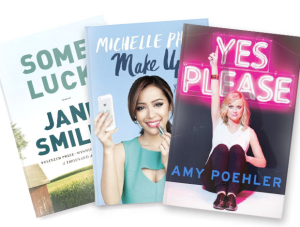 October Book Releases For Your Archetype

About the Author:Amy Williams