Athletes are always game for a walk, run, swim or game of hoops. Even if they aren’t competitors, they bring a physical energy and swagger to any situation. They are the toe- and pencil-tappers at meetings and the adults who race ahead like children when walking down the street.

Athletes aren’t just competitive with each other. They are, competitive with themselves, and always look to push beyond limits. “I can’t become satisfied,” Serena Williams has said. “Nothing comes to a sleeper but a dream.” Billie Jean King said that champions keep playing until they get it right. These are the words that any success story lives by, from four-minute miler Ron Bannister to gymnasts like Mary Lou Retton and Gabby Douglas. Being an athletic contender requires as much mental as physical conditioning.

The ancient Olympiads knew this, and brought a spirit of mental engagement and philosophy to the Greek games. So did famous athletes in early American sports history including Babe Ruth, Willie Mays, Jackie Robinson, Knute Rockne, and later, Walt Frazier; and Bill Bradley, who applied his mental strength, agility and sense of strategy in basketball to a career in the U.S. Senate. Without a disciplined mind, champion swimmer Michael Phelps would never have won eight gold medals in the 2008 Summer Olympics—and David Beckham would not have moved beyond soccer super star to international celebrity and style icon.

Strengths
Athletes are always game. They don’t shy away from tasks others find daunting, especially in the physical realm. They enjoy the spirit of competition and understand the pleasures in playing as much as winning

Weaknesses
Athletes can become obsessed to the point that they are unreachable. They can tend to shy away from cultural opportunities and because they aren’t always verbal, can be a liability socially.

Words
“It told you I was going to be number one and I did just that.” -Usain Bolt 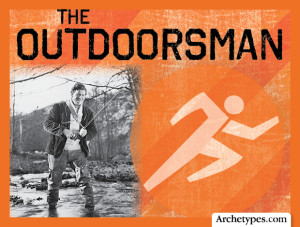 The Athlete Family: The Outdoorsman