The Caregiver Family: The BFF

The acronym BFF for Best Friends Forever may sound a little glib, but the concept of the friend as close as a sibling or spouse goes back to biblical times, when Jonathan put his own life at risk to protect his friend David from harm. When David became a king he did the same for Jonathan. BFFs are the caregivers who can have fun with you. They are the allies and sidekicks who help heroes through the tough times before they are heroes, and they’re the pals who offer perspective, advice and support when you’re down—as Tom Sawyer does for Huckleberry Finn. They often find one another because of a common interest. BFFs Elizabeth Cady Stanton and Susan B. Anthony, for example, united over the suffrage movement; Elizabeth Bishop and Robert Lowell had poetry, and C.S. Lewis and J.R.R. Tolkien shared a belief in the power of myth.

In contemporary times, Courtney Cox and Jennifer Aniston played best friends on the television series Friends and have continued in those roles in real life. Others, such as the famous female quartet in “Sex and the City” seem to have gone their separate ways. The same is true of Paris Hilton and Nicole Richie, whose tight friendship suffered after it was turned into a reality TV show that made them both household names. But then, friendship isn’t always a bed of roses.

This is why good BFFs are cherished. No matter what, they support without a second thought and inspire at every turn because they care deeply. In his Symposium, Aristotle lauded these platonic relationships as the ideal. They are driven by a love of ideas and mutual interests and can be as engaging as any marriage.

Strengths
BFFs are the people you know you can turn to at the worst and best of times. They are there when the going gets tough and ready for fun when the living is easy.

Weaknesses
When BFFs become too close they can develop a co-dependency that blinds them to those outside the friendship.

Passions
Having fun, egging you on but also watching out for your welfare

Words
“A single rose can be my garden…a single friend, my world.” -Leo Buscaglia 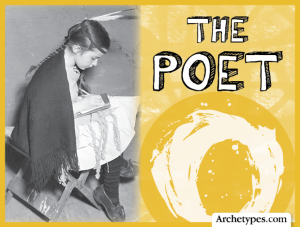 The Creative Family: The Poet