Are you devout? Do regularly share your faith with others because it’s your favorite thing to talk about? Do you have rituals around your belief system and does participating in them give you a spiritual high? Do you wish everyone could experience the profound connection you feel with your higher power? Then, hello, Believer!

Believers are devout practitioners of religions and followers of gurus. They are soldiers carrying out the mission of a cause, pilgrims journeying to the Holy Land, and they are prayerful masses.

Believers organize their lives around their belief systems. When asked why they believe in a certain way, many Believers will simply reply, “Because it’s true.” They have their own way of coming to conclusions and these ways often defy reason and/or are difficult to convey because they are based on a feeling.

The Believer becomes more because of his or her beliefs; authority and influence expands as God, Allah, or whomever acts through him. This Believer trades the phrase, “I think…” for “the Buddha said…” or “Jesus teaches…” The Believer’s personal identity is wrapped closely inside the tenants of a faith. Individual desire is secondary to the belief system and the Believer is willing to make changes and sacrifices in service of a higher good or power.

A Happy Believer
The services, missions, passion plays, pilgrimages and other rituals of the Believer’s faith are spiritually uplifting events. To say that participating in these religious rituals brings the Believer happiness would be an understatement, as religious joy is often a more ardent emotion along the lines of fervor, ecstasy and rapture.

Believer Entourage
The Believer is most comfortable surrounded by fellow Believers, potential converts, and the Mystic and Dreamer.

Believer in Love
The Believer is best matched with a fellow Believer of the same faith. It doesn’t always happen this way. Sometimes the Believer will find a partner pre-conversion and the partner will not want to convert. Big problem. The Believer may try to convince and convert his or her loved one for a time, but relationships between people who do not share common beliefs seldom last.

Believer Challenge
Secular life can be hard for the Believer. Fitting the mindset and practices of his or her faith into the mainstream flow can be a hugely problematic. A tactic some Believers take is to try to change the world, person by person. Believers may preach and proselytize, lecture and pronounce. These one-way discourses are often not as effective as the Believer would hope.

How to Play It
Believers know that their deities, customs, rituals, rules, and manners are right. It takes a pretty secure, evolved, and sophisticated Believer to also consider that other people’s beliefs might be equally right for them. Many believers resist the whole idea of “live and let live,” but with so many varieties of religions and schools of thought in the world, it may be the short route to peace and harmony.

Click here to meet the rest of the Spiritual Teen family 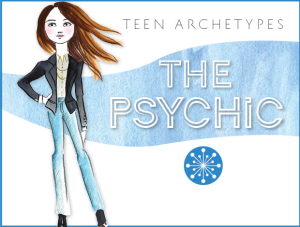