Do you look to the distant horizon, wonder what’s out there, and then find that wondering isn’t enough? Do you feel driven to go find out, obtain proof, and see and touch different realities for yourself? Ever dream of being an astronaut, living in another country, or finding a lost island? Then, hello, Explorer!

There’s a great big world out there and someone has to go see what it’s like or the rest of the people will never know. That someone is the Explorer. When most people said the world was flat, the Explorer set out to prove its roundness. When someone said, “There’s gold in them, thar hills,” the Explorer packed a pick and hopped on a horse. When the President said, “We will put a man on the moon…” the Explorer said, “Blast off!”

The unknown is scary. Avoiding it seems wise to most. That’s what makes the Explorer so special. This type will risk security and comfort for whatever is behind curtain number two. They are filled with wonder and optimism. They crave novelty. Explorers  are spontaneous, brave, and above all curious. They have high levels of energy that seem to renew with the promise of adventure. They hear the distant call and they’re off.

A Happy Explorer
Fast motion is the preferred mode for an Explorer. Their dopamine-fueled brains compel them toward excitement. It’s like they have a spidey sense about where something new is unfolding. In the throws of action and discovery they are ecstatically involved in the whirring movement of life.

Explorer Entourage
Explorers often have special relationships with leaders like the Queen Bee, King He, Princes, Princess, and Class Leader. These types will help to encourage and fund Explorers because their expeditions can often benefit society at large.  Explorers also need Inventors, Geeks, and Nerds to provide the tools and plans that will lead to a successful mission. Fortifying bonds are also built with Athletes, Bodyguards, BFFs, and the like.

Explorer in Love
Explorers are playful partners. Sometimes too playful, or rather too “player”-ish. Their insatiable need for newness sometimes makes fidelity an issue for them — they are not easily tided down and dislike commitments, especially the kind that will lead to a life of routine. Boredom is the enemy of Explorers, so they will either work hard to make a relationship exciting or they will move on to seek a more exciting relationship. Though sensual and strong, they can also be unpredictable, hedonistic rule-breakers.

Explorer Challenge
Ships sink, space shuttles explode, and many will freeze before they ever see the top of Mount Everest. Correctly assessing the risk factor is the Explorer’s biggest challenge. Even when voyages are successful people die along the way. And when voyages are unsuccessful the result can be disastrous. The responsible Explorer must ask himself: When is the reward not worth the risk?

How to Play It
If you’re the Explorer, know that your role is important, even when it’s unpopular. Human existence has often depended on those brave souls who were willing to cross into the unknown, battle the elements and take on the wilderness. Your  spirit, drive, and unique pre-disposition is an essential part of what it means to be human. 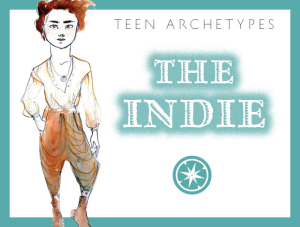