Do you try for insanely ambitious goals instead of taking the next small step in the right direction? Do you get depressed or ill if you have to work at something unpleasant? Do you give up when things get hard? Do you blame the stars, the teacher. or you mom? If you refuse to take responsibility for your own destiny, then you very well may be a Failure.

There is nothing wrong with failing. Winners fail frequently, epically even. Thomas Edison famously failed thousands of experiments wile trying to create the light bulb. Columbus failed and found America. Jennifer Hudson failed American Idol and won and Oscar. Failure is how we learn success.

The difference between successful people and the archetype of the Failure is the Failure quits before ever reaching a successful outcome. The Failure lacks persistence, has a crummy attitude, and is resigned not to make much out of life.

Failures are greedy hedonists who will satisfy their immediate needs at the expense of their long term well being. They’ll waste their parent’s money by partying their way through college. They’ll rack up credit card debt to have a little fun. They’ll watch television instead of making something of their lives.

A Happy Failure
Even though Failures have more leisure time and relaxation than most, they are not happy. Often they’ll use down time to create more drama and stress in their lives because down deep they don’t believe they deserve to be happy – and maybe they are right. Even though each human has the right to pursue happiness the failure hasn’t done so. Maybe the Failure mistakes “happiness” for “indulgence,” “entertainment,” “pleasure,” and the like. Happiness is finding a satisfying way to contribute something to the world you can be proud of.

Famous Failures
Failures don’t become famous. Their circles of influence are quite small. Even if they were born to a famous family, their actions will be utterly forgettable unless they do something terrible, in which case they become successful criminals, not famous but infamous.

Movie character failures include Nicolas Cage’s portrayal of Ben Sanderson in Leaving Las Vegas and Chazz Reinhold, the character played by Will Ferrell in Wedding Crashers

Failure Entourage
Every Failure needs an Angel for guidance, inspiration and healing. The types that Failures don’t need, but often attract are shadows like Vampires, Gamblers, Codependents, Cheats and Con Artists.

Failure in Love
Failures typically don’t have partners. They may be able to attract other Failures and shadow types but it doesn’t usually last long. The Failure will often bail at the first sign of distress or find another way to sabotage the connection. Healthy relationships take effort. Love, as it turns out, is harder work than the Failure thought it would be.

Failure Challenge
The Failure sees discomfort as an enemy force and will avoid it, run from it, and throw things at it to make it go away including money, credit cards, alcohol, drugs, and more. The Failure doesn’t realize that discomfort is actually an ally on the road to success, which is always paved in some amount of pain. Being able to endure it and work through discomfort makes us strong and capable.

How to Play It
If you know a Failure do not afford this person constant assistance and unlimited bail-outs. So replace your “get out of jail free” cards with tough love; it’s what the Failure needs the most. When you withdraw your aid the Failure has a chance to become self-sufficient.

If you see Failing tendencies in yourself, the first step toward success is in taking responsibility forthe way things are in your life. Then set a goal: one small, specific improvement you can make within a reasonable time frame. Stick with it even when things get hard. When you get there, count this as a success. Now you’re a winner. Repeat the process with your next reasonable goal. When you’ve wracked up a few small wins, start thinking of the big picture. Long-range goals are just a series of smaller goals plus tenacity. 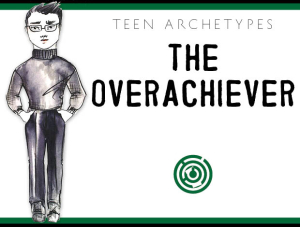