Do you think two-faced people are underachievers, face-wise? Are the facets of your personality multiple and growing exponentially? Do you believe it really is possible to be all things to all people as long as some of the people’s backs are turned? Then, hello, Fake!

Humans tend to like people who are like themselves. Fakes leverage this fact of human nature to get everyone to like them and give them what they want (usually social status), claiming, “I’m just like you.” The only trouble is, no one is just like anyone so a lot of lying, acting, and pretending must happen to pull this trick off.

Fakes are experts at telling people what they want to hear and mirroring people’s likes and dislikes. They have no alliances. Think: “You like purple? I like purple…Oh, you mean you hate it? That’s what I mean, too!”

Of all the faking that Fakers do, what they fake most often is that they like you, which, when they turn around and throw you under the bus, you may suddenly realize isn’t quite the case.

A Happy Fake
Fakes are only trying to fit in and be accepted. When it seems like this is happening, Fakes are pretty happy. But deep down Fakes feel like any group that would accept them must be inferior and so they move on try and fit in with better and more fabulous companions, totally bad-mouthing the last group.

Fake Entourage
Fakes are social climbers who try to hang out with the highest ranking person in every group. They are especially interested in the Queen Bee, King He, Prince, Princess, Entertainer, Artist, Intellectual, Diva, Destroyer, and Overachiever.

Fake in Love
The Fake often uses relationships as a way of getting into a group or gaining status within it. The Fake tries to become the person who would most likely attract a potential partner. Initially, this fantasy person of the Fake’s creation may intrigue and delight, although real emotional intimacy is impossible when one person isn’t being real. Sooner or later, the jig will be up and the relationship will be exposed as a ruse.

Fake Challenge
Tragically, the Fake is a non-person, too busy trying to be someone to stop and wonder, “Who am I?” Until the Fake discovers his or her true identity, life will be what’s known as a Hedonic treadmill. No permanent gain in happiness can occur because as the Fake moves up in the world, expectations and desires will rise in tandem.

How to Play It
If you know someone who is a Fake, realize the danger inherent in this person’s mercurial nature and, if you can, politely limit your contact with this person (unless, of course, you don’t mind the occasional backstabbing).

If you see the tendency to be Fake yourself, take heart. There is a real person inside of you that wants badly to be known. Take the time to get to know that person and stand for all that he or she is. Until you do, you are robbing yourself of real experience and cheating yourself out of life. 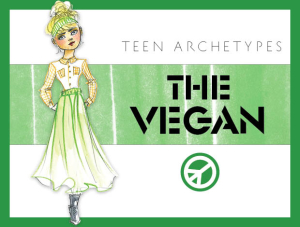