Do things that seem meaningless to others make sense to you? Do you create theories and breakthroughs that are one-of-a-kind? Do you concentrate your dynamic energy in one area of life, mastering the skills, solving the problems, and achieving everything you dream of doing in that area? Does your devotion to your interest verge on obsession? You may very well be a Genius!

The Genius is a beautiful blend of vision, thought, and creativity. Often associated with astronomical IQ points, there are plenty of Geniuses whose natural abilities cannot be measured by an intelligence test. The Genius gives us e=mc2, Microsoft, Apple, and Disney. The Genius could also give us magic in the area of film, food, music, comedy, architecture, art, philosophy, psychology, technology, gaming, sports, and more, including categories that haven’t even been invented yet.

The conventional idea that Geniuses are born, not made, that their genetics determine their talent and potential, is now being challenged by research into how genes behave. Many studies suggest that environment can have more of an impact than once thought and that culture raises IQ faster than evolution. In other words, being involved in the fast-paced modern world is actually making us all smarter.

Though the Genius may come into the world with a great amount of potential and talent perhaps this type’s most distinguishing characteristic is fascination. Geniuses are so fascinated by a chosen area of interest that they will devote hours, weeks, decades, a lifetime to its development. What separates high-functioning, intelligent, talented people from Geniuses is that passion for a subject that compels the Genius to be completely immersed in it.

A Happy Genius
The Genius craves work, experimentation, and learning. This type has a driving need to assimilate all the facts and move into deeper levels knowledge. The impossible puzzles of his or her chosen area of interest keep the Genius happily involved in productive thought and action.

Genius Entourage
The Genius can always use funding for experiments as well as the social support that can be provided by the Prince, Princess and Class Leader. Geniuses also need the company of other Geniuses, Inventors and Dreamers.

Genius in Love
The Genius is so passionately involved in a subject of interest that he or she may have little time for relationships. When the Genius does get attached to another person, hopefully it’s someone who understands that work is extremely important to the Genius. Relationships, leisure, and pleasure will take second place and most likely be centered around the Genius’s subject of interest.

Genius Challenge
Finding people to relate with isn’t so easy for Geniuses though they can often find common ground with people even though they don’t technically fit in. Case in point: one might not think that Albert Einstein and Marilyn Monroe had much in common, and yet they enjoyed hanging out together. The true Genius of many Geniuses is that they can communicate their intelligence simply and elegantly and often find something interesting in even the most ordinary aspects of life. So even though they are often misunderstood by others, they can often understand others enough to bridge the gap if they want to.

How to Play It
If you’re a Genius, seek the company of those who have common interests and goals. You’ll thrive inside a supportive mastermind group. Realize there is much to gain from people who are not Geniuses. Embrace your uniqueness and the talent you’ve been given and resolve to do something remarkable with it. Make sure the world will be better because you were there. 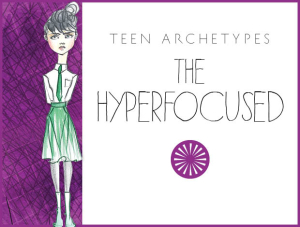