Bored by conventional thinking? Do you do it your way or not at all? Do you tend to hate things everyone else loves? Do you explore minutiae of art and culture and then share your findings? And how about your favorite band: has anyone else ever heard of them? No? Then, hello, Indie!

Indies do their own thing without regard for what society as a whole thinks about it. The Indie’s only nod to the mainstream is a disdainful one. In the Indie’s mind, popular equals lame.

Indies are highly creative and often handy, too. This type will work tirelessly to bring their unique vision to life, whether it’s a garden of rare tomatoes or a homage to some obscure European movie actress. The Indie is always involved in making a statement about his or her individual taste. This type avoids anything mass-produced, from clothes to food to entertainment.

A Happy Indie
It doesn’t take much to make an Indie happy. Coffee at the locally owned place down the street, an art house film with subtitles, perusing crates of old vinyl records: if it has to do with discovering and refining the Indie’s taste, it’s a good time. The Indie prefers to do things alone or in small groups.

Indie in Love
The Indie is no ordinary partner. While this type can be just as romantic and affectionate as anyone else, flowers and dinner on Valentine’s Day is not the Indie’s style. Indies are not likely to show their love with big ticket items either. (Indies don’t respect people who are too materialistic; consumerism is a turn off for this type.) Instead, an Indie’s love can expect one-of-a-kind gifts and tokens of affection whenever the mood strikes. What they do give will be from the heart.

Indie Challenge
For an Indie, it’s hard to understand that other people in the world don’t think as they do. They can be incredibly judgmental of people who rejoice in rampant consumerism and are driven by the bottom line, even to their own detriment. Indies don’t want to join the masses in any way and it can be difficult for them to find a compromise, to be successful without having to let go of their Indie sensibilities. Indies’ greatest struggle is not “selling out,” particularly in their own minds.

How to Play It
If you know an Indie, enjoy having an “in” to the unusual world that the Indie has cultivated. Let your Indie friend introduce you new music, interesting food and avant garde art. This type knows all the cool places before they become cool so your own credibility can get a boost just hanging out with them.

If you see glimpses of an Indie in yourself, feed this hunger to be different, but don’t let it consume you. Understand that the common denominator isn’t always wrong and everything should be judged on it’s own merits, not dismissed out of hand merely because it’s popular. 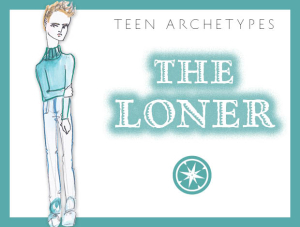