Do you regard your brain as a gift to the world? Do you have opinions on everything, regardless of how well-versed you are on the subject? Do you think you’re helping people out by expressing that opinion even if they didn’t ask you? If your favorite is phrase, “I told you so…” you may be the Know-It-All.

Know-It-Alls are self-appointed experts on whatever is being discussed. They hog the floor with long-winded answers, deadly boring anecdotes, and self-centered diatribes. They haven’t figured out how to volley a conversation, so instead they steal the conversational ball and bury it in verbiage so no one else can play. Being clueless about what’s being discussed is no problem at all for the Know-It-All. This type will just pretend to be an expert and keep right on talking. The Know-It-All corners the market on alienating people.

Know-It-Alls think that if they talk and people listen, it makes them the respected leader of the group. They have that all wrong. Here’s the truth: the leader in any social group isn’t the one who everyone listens to, it’s the one they talk to. And people don’t like talking to the Know-It-Alls because they are horrible listeners. They are so convinced that they already have all the right answers that they rarely tune into to another point of view or entertain new considerations. They either discount the experiences of others or just don’t hear them because their mind is too busy racing toward what they will say next.

A Happy Know-It-All
What the Know-It-All wants most of all is power. Positions of power give the Know-It-All a rush that is very much like happiness, though painfully temporary. And don’t expect the Know-It-All to show signs of happiness either because this type has a low emotional I.Q. and finds it difficult to process and express emotions.

Know-It-All Entourage
The Know-It-All will talk to any and everybody with ears. Angels listen the best. Whores will listen if they are getting paid. Martyrs will listen and then complain to everyone later about what they had to put up with.

Know-It-All in Love
Love with a Know-It-All is for people who either have the patience of saints or are deaf. You can tell the partners of Know-It-Alls by their eyes, on-the-ready to roll at any moment.

Know-It-All Challenge
Know-It-Alls are insecure at a basic level, trying to control their environment through talk. They want people to be impressed and they use facts and posturing as bait for acceptance and approval. Their biggest challenge is in accepting themselves and feeling worthy of the acceptance of others.

How to Play It
If someone you know is a Know-It-All, it’s best not to challenge, argue, or confront them with the facts. This type will never back down or admit mistakes but will instead defend a position as though their self-esteem depends on it. Indeed, it does.

The best way to deal with them is to listen politely for as long as you can take it and try and walk away before you develop turrets syndrome and blurt out “Shut up! Just. Shut. Up!” 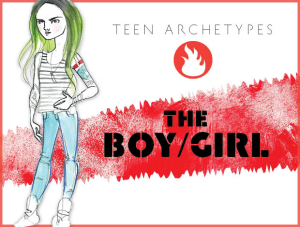