Party of one and like it that way? In your estimation, does going solo equal freedom? Does it drain you to deal with people? Do you have many interests you like to pursue in solitude? How much do you think about what others think about you? Not much at all? Well, hello, Loner!

There are two types of Loners: those who want to be with people but have been socially ostracized and so are making due by going it solo, and those who truly love and need solitude. The first category of Loner secretly wishes to be drawn out by someone who understands the pain and loneliness and can help the Loner overcome it. The second type secretly hopes everyone will go away so he or she can have more time alone. These second-type Loners are such good company to themselves that it’s all they need. Their anti-social behavior is not a reaction to social rejection, but a clever plan to spend more time with their number one friend: themselves.

Loner Entourage
Even though the Loner may not be around people as often as others, this person usually has a small circle of trusted friends and relatives. The Loner often relates best to those with shared interests, whatever they may be. Useful and fortifying relationships could be built with the Intellectual, Geek, Nerd, Athlete, Explorer, Musician, Entertainer, Artists, Inventor, and Mystic.

Loner in Love
Loners, by definition, are not in partnerships. But when a Loner does find a connection and pursue a relationship, this could go many different ways depending on the type of Loner in question. If the Loner is the type who has been lonely for years, love can be overwhelming and all-consuming. If the Loner is the type that truly has a low need for social contact, the relationship won’t be as intense. The partners of introverts just need to remember that they need their space from time to time.

Loner Challenge
People are social animals. Historically, our survival as a species has depended on our ability to team up against more dangerous predators and organize to build systems of protection and mutual support. Like ants, we colonize, specialize and rely on each other to do a part so the societal system will work. The Loner wishes this weren’t so, but it is. Sooner or later, the Loner will need others. Yes, relationships are a reality that no one, not even the Loner, can avoid.

How to Play It
If you know a Loner, the kind thing to do is to reach out and try to include him or her in some way. Try to break through the barrier of fear and shyness. If you are continually rebuffed though, understand that this person may not be lonely at all, and is someone who just prefers solitude.

If you are a Loner, “fitting in” is too tall an order and the work will not seem worth the reward. Civility, on the other hand, is not only worth striving for, the Loner should consider it to be a necessity. In fact, the Loner needs to have even better manners than normal people because better-than-average manners may stave off the negative opinions, fear, and suspicion that the Loner often inspires in most affiliated people. 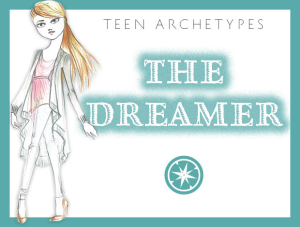