Is “all in” kind of your style? Do you give everything you have to your peeps? Is the pain and agony worth it because it’s for them? Are you willing to die, either literally or figuratively, to advance your cause? Maybe you secretly (or not-so secretly) like to suffer…but it’s all for them, isn’t it? Never mind that they may or may not deserve it. And if that’s your inner dialogue in a nutshell, then, hello, Martyr!

“After all that I’ve done for you…” is the clarion call of the Martyrs who usually do have a point. They sacrifice and slave so that others can have it good. Never mind that the “others” in question may not need or want the Martyr to sacrifice and usually haven’t asked for it. Martyr’s are experts at overdoing it.

Typically for the Martyr, the end result isn’t as important as being noticed for the sacrifice itself. Martyrs make sure all in shouting distance will know the hardships they have endured on behalf of ungrateful others. Oh, the suffering!  They could go on for hours about it (and they will if you let them). It’s their favorite topic of conversation!

A Happy Martyr
A Martyr will actively avoid anything which might be able to help them, since it will take away from the self-importance of they need to feel in order to be “happy.” A happy Martyr is a miserable Martyr, preferably with a fresh audience. They cannot operate in a vacuum and need constant feedback to let them know what they are doing is worthwhile.

Famous Martyrs: Suicide bombers (by sacrificing themselves for the cause, they hope to gain a heroes return and bring honor to their families); Che Guevara (this guerilla leader was executed for his beliefs in Marxist humanism); your Mom, if she’s the type that’s not happy unless she’s suffering for your happiness

Martyr in Love
The Martyr loves to be in love. A relationship gives him or her someone to do things for, someone to put all their energy into, and someone they can blame for not taking care of themselves. When in love, Martyrs will always sublimate their own needs and desires in favor of making sure their partners are taken care of.

A Martyr will take any opportunity to inconvenience themselves for your benefit. If you have work to do in the evening, the Martyr will choose that moment to clean the kitchen floor. With a toothbrush. They will insist you carry on with your tasks but will secretly hope you feel guilty.

Martyr Challenge
The challenge for the Martyr is to find balance. While they will willingly die for a cause, at a more personal level they would rather keep complaining to those who benefit from their sacrifice. However, if the Martyr over plays their hand, they run the risk of losing their foil and would have to find another. On the plus side, though, if their feedback wall leaves them (or if it’s a work situation, the Martyr gets fired), then the Martyr gains a “legitimate complaint” about the world not being fair.

How to Play It
If you know a Martyr, you have to be careful about feeding into their actions. It’s easy to get caught up in their cycle and they will happily take any opportunity to lay blame at your feet, albeit passive-aggressively.

If there’s a Martyr inside you, you have a tough road ahead. No matter what you think, sometimes it is your fault and you’ll have to take responsibility for your actions. Everyone likes someone who helps out and has dedication, but no one likes someone who elicits false pity.

Click here to learn more about the Spiritual Teen family 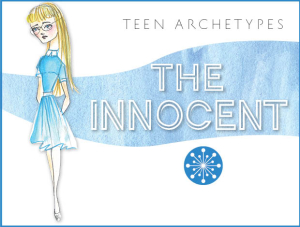