Does your stylist highlight your hair with cruel streaks? When someone is dressed all wrong or too right, is obviously awkward or stand-out pretty, displays weakness or threatens to get more attention than you, does it activate your attack mechanism? Then you just might be a Mean Girl.

Mean Girls feel like they are the personal guardians of the social order which is organized with them on top and everyone else crushed under their stilettos. Anyone who threatens to upset that order is asking for their wrath which can be delivered in any number of ways, including direct humiliation, backstabbing, plotting, shunning, bullying, and more. Of course, a person doesn’t have to actually threaten the Mean Girls to set them off. Sometimes they pick a victim just because they’re bored. Mean Girls are dangerous when they’re bored.

A Happy Mean Girl
Mean Girls delusionally think that they are superior to other people and that if those under them are miserable it somehow proves the theory. Mean Girls are happiest when their victims are crying in submission.

Mean Girl Entourage
Mean Girls like to swarm together and will often take formation around a Queen Bee. They can also be found hanging out with the Athlete, Cheerleader, Co-Dependent, Copy Cat, Victim, Brat, Cheater, Poser, and more.

Mean Girl in Love
One of the main things Mean Girls fight about is guys. Mean Girls are possessive and jealous so a sure way to provoke them is to flirt with (or even look at) a Mean Girl’s boyfriend. Mean Girls domineer their partners so there’s no question who’s really in charge.

Mean Girl Challenge
It sounds improbable, but the Mean Girl’s biggest challenge is recognizing that they’re mean. They actually believe their victims are the ones doing wrong by not behaving as the Mean Girls would prefer or maybe by just existing.

How to Play It
If you know a Mean Girl, steer clear. If you have to interact with this type, make it civil and brief.

If you think you might have the tendency to be a Mean Girl, you can stop ruining people’s lives by changing your own. You may need to extricate yourself from a bad influence. You might need to shift your priorities, change your activities, and make some new friends.

You definitely should work on cultivating this thing called empathy. It will make you a nice person. People may start to like you instead fear you. Bonus: you’ll be able to live with yourself. 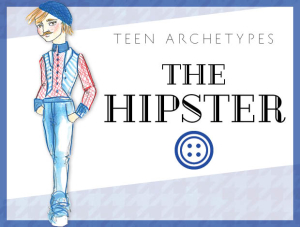