Got brains and aren’t afraid to use them? Do you rock academically, especially in math and science? Wear glasses because they improve your vision, not because they make a hipster fashion statement? How do you feel about Star Wars? If your opinions on the matter are too vast to express in a 2,000 word essay, then, hello, Nerd!

Nerds often dress comfortably and conservatively because fashion is kind of superfluous self-expression for one involved in more serious pursuits. They join the math club, dominate at chess, kill it at the spelling bee, and rule the science fair. Grown-up Nerds seek jobs that reflect their devotion to academia and are especially interested in the applied sciences including computer programming, engineering, and the like.

A Happy Nerd
One definition of Nerd is: a four-letter word with a six-figure income. Nerds love the validation of their talents that comes with being well paid, and the freedom of choice that extra cash affords them. Nerds also enjoy when the tables turn because people who couldn’t understand them and maybe even actively “dissed” them suddenly find that they can’t live in the modern world without some Nerdly assistance.

Nerd Entourage
Nerds need other Nerds, as well as Geeks, Inventors, Activists, Techies, and Geniuses. The Nerd may not be initially drawn to the Mystic and Free Spirit, but these types are good for Nerds. They loosen the Nerd up and challenge their intellectual position. (Mystics and Free Spirits are emancipators of those who are enslaved by their intellect.)

Nerd in Love
Nerds are notoriously challenged by the task of finding love because they place much more emphasis on pursuits of the mind than on developing the lighter social skills that often lead to rapport and connection. That’s why Nerds are so well-suited to other Nerds. It’s a match made in heaven. Or, more commonly a match made in Second Life.

Nerd Challenge
For the modern teen, it may be hard to imagine a time when smart wasn’t cool, but it totally happened. Before the rise and reign of Silicon Valley, Nerds suffered at the hands of the Bully and society in general for their unwillingness to devalue their intelligence and work harder to fit in. But with the mainstream integration of computers, and other advances in science and technology, Nerds became indispensible. They are revered and sometimes feared for their superior handle on technology, grasp of higher physics, and relentless pursuit of awesome, Nerdy perfection.

Nonetheless, the Nerd’s biggest challenge is still socialization. Even though there are more geniuses – and Nerds – now than in any other time in human civilization, there are also plenty of other types that the Nerd has to learn how to communicate and get along with.

How to Play It
If you know a Nerd, be good to this person. Cherish their special gifts and try to embrace the fact that you only understand half of what they are saying at any given moment.

If you’re a Nerd, congratulations! Enjoy your status as the new Alpha Human. Everyone is depending on you to make life better for the generations to come (no pressure). Try to be patient with the people of normal intelligence whose eyes turn into a glaze of question marks when you talk. 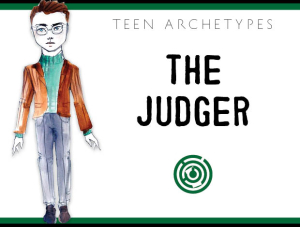