Does it seem you are regularly at odds with your community? Are you unconnected or unacquainted with the things that matter to others around you? Are you regularly excluded, and do you like it that way because it gives you the excuse to rail on the many shortcomings of the group? Then, hello, Outsider!

Like the Loner, the Outsider doesn’t want to join or affiliate. But the Outsider is more against the status quo than for being independent. The Outsider typically judges the main stream and has specific reasons for not wanting to be a part of it. The Outsider will be quick to point out that the rules are lame and the powers that be are ineffective. Outsiders complain constantly and “rage against the machine.”

Outsiders don’t need to be alone; they may group together cultishly, connected in their disapproval of norms. Unlike revolutionaries, they don’t do anything to overturn power. They prefer to stay in the fringe and criticize.

A Happy Outsider
When the Insiders are making fools of themselves, the Outsider is delighted. It validates everything the Outsider stands for. The same goes for when Insiders make mistakes, commit crimes, or prove themselves otherwise inferior. The Outsider is content to point and laugh self-righteously, vindicated by the failings of those in the mainstream.

Famous Outsiders
The Outsiders in the film of the same name, cult members everywhere

Outsider Entourage
Outsiders like to hang with other Outsiders and that’s all. They go out of their way not to have to deal with anyone else.

Outsider in Love
Since they are repelled if not repulsed by the idea of being with anyone on the Inside, outsiders have relationships with other Outsiders with whom they can complain endlessly and bond in their mutual distain of everyone else.

Outsider Challenge
As much as they dislike how things are run and disapprove of anyone who is a part of “the system,” Outsiders rarely come up with a way to do it better. Until they have a vision and act to fulfill it, they can’t have a true appreciation for what it means to create and build or to organize and lead people.

How to Play It
If someone you know is an Outsider, try to be nice. By being welcoming you might break through the Outsider’s fear barrier and create the sense of safety the Outsider needs in order to work through the issues that had been keeping the Outsider from joining and contributing to the community.

If your efforts to be nice don’t work, just know that the Outsider will proceed to put a damper on everything with a creepy, bad energy and it’s probably better to avoid this person.

If you see Outsider tendencies in yourself, consider that it may not be helping you to have so many opinions and criticisms of others. A lack of compassion and empathy will ultimately hurt you the most, as you are cutting yourself off from one of the greatest comforts of humanity: mutual acceptance and respect. 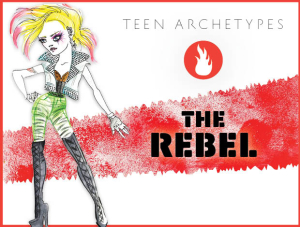