Do you rock? Is it not enough for you just to perform; do you have to electrify people too? Do you think fans are cool, but worshippers are even better? Do you put in the effort to be a badass, but at the same time break all the rules and do it your own way? Then, hello, Rock Star!

There are many musicians who are Rock Stars, but not all Rock Stars are musicians. Every area of life has its Rock Stars. They are the special, elite few who are in the upper echelon of what they do, breaking the rules and attracting avid fans.

Rock Stars possess a rare and powerful magnetism that is rooted in their mad talent. They mesmerize people with their skills and also with the fearless abandon they project while performing. They are free, ferocious, and purely passionate. When they are “on,” Rock Stars seem to join with otherworldly forces and the energy is contagious. Everyone around is swept into the momentum.

Many Rock Stars are hedonists because they can be. There is always a swirl of mighty interesting offerings around the Rock Star’s world. But don’t be fooled: this Rock Star doesn’t rise to power without a stellar work ethic. Rock Stars are the best of the best and that doesn’t happen by accident, it happens by sweat, persistence, tenacity, sacrifice, and relentless drive.

A Happy Rock Star
In spite of the privilege afforded them by their lifestyle, Rock Stars are happiest while working. The work is more than what got them where they are; the work is who they are. Creating with their “band” or team isn’t always easy, but when the creation comes together, it’s magic. Losing themselves in a solo can be cathartic at least, transcendental at best.

Rock Star in Love
The problem with loving a Rock Star is that so does everyone else. The competition can be never-ending and relentless. For the Rock Star, faithfulness can be a problem because there is always the temptation to cheat.

If the Rock Star chooses you, you feel special and privileged and will likely be treated like a star, too. But you must not confuse things:  unless you’re also a star, you’re not the star. Also, note that people tend to resent the partners of Rock Stars behind their backs.

Rock Star Challenge
Humility is the hardestthing for a Rock Star to acquire. There are very few who will treat the Rock Star like a normal person and hold him or her to the same laws of civility and common decency by which the rest of the world must abide. Without humility, the Rock Star runs the risk of falling out of touch with reality and loosing the very humanity that connects him or her with fans and the rest of the world.

How to Play It
If you deal with the Rock Star type, keep it real. You’ll be in the minority, as most people will bow and faun over the Rock Star, but know that this can do a harmful disservice to the type. There are ways to show appreciation and respect for ultra-talented people without placing them above the rest of the world or above yourself. This type is best handled with honesty and a firm hand.

If you are the Rock Star, ground yourself by keeping people around you who don’t treat you like you’re anyone special. Always remember where you came from and keep working hard to honor the talent that put you in this position. 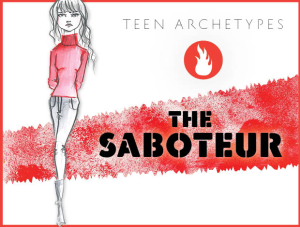