Do you love seeing people entertained and being part of the excitement? Is the idea of building an alternate world where you have control over the things that happen very appealing to you? Do you like hands-on work and seeing things come together mechanically? Are you good at making things look, sound, and happen a with a particular aesthetic? How do you feel about being behind the scenes? If you’re good at it, you just might be a Techie.

The show the must go on or can’t go on at all without the Techie (unless said show happens in the dark and without sound.) The Techie may be a shadow backstage or an unseen force, but he or she has a vital role in theatrical experience. Whether live or recorded, the Techie thrills to the chance to make an artificial world come to life. Doing cool effects, creating stage magic with lights, sets, pyrotechnics, costumes, makeup, props, stunts, computer programming, mics, sound systems, and anything else involved in making awesome stuff happen on stage is what the Techie is all about.

Techies enjoy being a part of the arts but don’t feel the need to express themselves in person on the stage. They may even be shy. They are most comfortable amongst other Techies hard at work on a production. They are often part of the thinking family of geek squads or the four-eyed Visionary family.

A Happy Techie
Being a part of the Techie team is a pleasure for the Techie who loves to share info, tips, tricks, and techniques with others who “get it.” The kind of knowledge a Techie acquires can be so highly specialized that they really feel like they are in an exclusive club with others who know what they know. Groups of Techies develop their own culture and humor. Outsiders sometimes have no idea what they’re talking about, which is why being a Techie is nerdy and cool at the same time.

Techie in Love
Techies sometimes develop relationships with other Techies in the same or related fields because they understand what goes into technical work and can appreciate the intricacies and the passion necessary to be a part of the backstage world. Relationships with those in the Creative family who like to be front and center stage often have lower levels of natural compatibility but higher levels of intrigue and excitement. The bottom line is that the Techie should find a partner who will give props and attention for the Techies loves and interests.

Techie Challenge
Every single show that has been and ever will be in the world presents technical challenge. Shows never go completely right and that’s the beauty of entertainment: limitations and mistakes can sometimes be what gives a show it’s own distinct flavor. The Techie’s challenge is to take it all in stride without complaining or blowing a gasket.

How to Play It
At the intersection of timing, tools, human imperfection, and an audience, the Techie stands by, ready to make it work; to follow the cues, fix what breaks, save the awkward moment, create, react, construct, tear down, pack up and roll it all out again the next day. The Techie who can do it all with an excellent attitude and stay chill, even when nothing is working right, shows the restraint of a true master.

Click here to meet the rest of the Creative Family 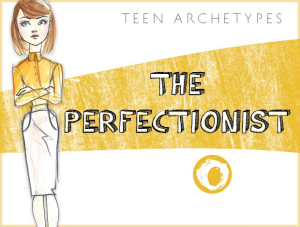