All the amazing, interesting, fascinating people you get to be when you’re playing roles only add dimension to the best role you’ll ever play: you.

Do you love movies and wish that real life were more like them? Is people-watching one of your favorite pastimes? Do you notice the gestures, expressions, and micro-expressions of people you meet? Do you wonder what it would be like to be a spy, teacher, doctor, monster, dancer, fireman, boxer, gambler, and more…if only for a short time?  If so, hello, Actor!

The Actor is compelled to take on many different forms and faces, onstage and in life. Unlike the Entertainer, the Actor is more interested in sinking deep into a role and embodying a character than in winning an audience response. Highly empathetic, the Actor is adept at reading people’s intentions and sensing what they desire.

The Actor is profoundly serious about how they express their creativity both professionally and personally. More than any other archetype, the Actor is constantly changing according to mood.

A Happy Actor
Unlike the Entertainer, the Actor isn’t motivated by the sound of applause. A favorable audience response is merely a signal that the actor has done a fine job. The real reward for all the Actor’s efforts is to know life from different views. To successfully lose himself or herself in a role brings intense satisfaction — the kind a mountain climber might feel reaching the peak of a harrowing slope, or a mathematician might feel solving an impossible equation.

Actor in Love
In Hollywood, it’s not uncommon for life to follow art. Actors fall in love on screen and then get together off screen too, confusing the characters they just played with who they are in real life. Then they play a different character in a different movie and it’s, “Move over, Jennifer. Now I’m with Angelina.” Breakups are the Hollywood norm.

Actor types who are not part of the Hollywood scene experience similar challenges because they are always experimenting with who they are, changing so much that their partner one day looks at them with that bewildered “who are you?” look and it’s on to the next.

But if you love an Actor, have no fear. Eventually this type can settle into a personality wheelhouse that’s consistent and a relationship that’s strong, true, and lasting.

Actor Challenge
The acting life may look easy, but it’s much more than the celebrated movie actor Spencer Tracy made it seem when he suggested, “Know your lines and don’t bump into the furniture.” The Actor works diligently to regulate emotions, empathize with others,  and improve what’s called “Theory of Mind” which is the ability to come up with plausible theories about how others might be thinking, feeling, wanting and believing.

How to Play It
Being so aware of emotions and open to experiencing the pains and joys of others can be exhausting! The Actor sometimes needs go into a protective cocoon of familiarity and comfort to take a break from feeling so much. He or she can find balance by developing protective habits behaviors that will deflect the psychic slings and arrows of life.

In other words, chill. Chill often. Chill with your favorite people, the ones who don’t expect you to play a role or be anyone except who you want to be. And remember, you can be sensitive to other people’s problems without making them your own. 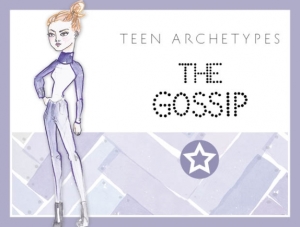