Do you feel an intense drive to impress others? Do you have an insatiable longing for validation? Do you find that sometimes it’s easier to fulfill the role that people want you to be instead of just doing you? Then you just might be the Great Pretender.

“Just be yourself” is terrifying advice to the Great Pretender, who has so many identities that it’s hard to remember which “self” he or she brought to the table the last time around. The Great Pretender is a natural-born actor and will use this gift deceive and manipulate others.

Famous Great Pretenders
David Hampton (the play and film Six Degrees of Separation is based on his story); Mary Baker Eddy (Christian Science founder): Princess Caraboo (from the Island of Javasu, she was the basis of the John Well’s filmPrincess Caraboo); Cassie Chadwick (pretended to be millionaire Andrew Carnegie’s illegitimate daughter and died in jail)

Great Pretender Entourage
The Great Pretender preys on the good graces of all, including the Angel, Lover, Believer, Prince, Princess, Diva, and Gentleman

Great Pretender in Love
Love with The Great Pretender is a fantasy come true. He or she will be sure to key into exactly the kind of script you’re writing in your head about he perfect scenario and play out the affair for as long as possible until ultimately the lies start to unravel and you realize it’s all been a ruse.

How to Play It
If you have a Great Pretender in your life, realize that this person is sick and needs help. Do not buy into the game of pretending you believe this person’s schtick.

If you think you might have tendencies to behave like the Great Pretender, it’s time to get real about who you are and accept yourself. You will probably need help in attaining a new perspective as to your true identity. You need someone who will call you out when you’re being unreal so you can come to reality and love yourself “as is.” 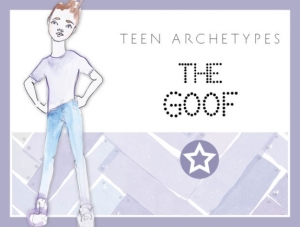