Do you care where the food you eat comes from? Do you read labels and strive for the healthiest options available? How do you feel about processed foods…pretty gross, right? Does it bum you out that animals have to suffer for people to enjoy meat, fish, and dairy? Have you ever rescued a snail? Hello, Vegan!

Veganism is more than a style of eating. Veganism is a choice to make; a stand to take with every meal. To the Vegan, diet is a religious regimen. Just as some religions stop to pray every day at a certain time, Vegans gather the strength of their convictions and honor their beliefs every few hours around the ritual of eating.

Though there are various reason for becoming a Vegan, the root of the Vegan lifestyle is compassion for animals. Vegans love animals and cannot tolerate the hypocrisy of eating their loved ones. Many Vegans have witnessed animal cruelty through stories, films, or they’ve seen it first-hand, and the experience was life-changing.

As much as they love animals, there are some Vegans who make the choice to forgo meat because of starving humans in the world. The land that’s used to sustain farm animals could instead go to ending human hunger on earth.

A Happy Vegan
For the “granola” people, happiness depends on location, location, location. Vegans are simply not going to find the foods and products that meet their requirements amongst the strip malls and fast food joints of most cities. That’s why Vegans frequent artsy districts where juice bars, farmers markets and yoga studios abound. Having plentiful choices puts a spring in the Vegans step.

Vegan Entourage
Vegans have a lot in common with Hippies, Tree Huggers, and Activists, as well as Athletes, Artists, Trendsetters, Indies, and more

Vegan in Love
Though many Vegans are not outwardly judgmental when their loved ones eat meat, they are often internally grossed-out, turned off and disappointed by a carnivorous choice. Therefore the Vegan’s ideal partner is also some level of vegetarian, and a person who enjoys earthier aesthetics. Tree Huggers, Hippies and Advocates of all kinds make wonderful partners for the Vegan.

Vegan Challenge
There are so many challenges involved in being a Vegan and many of them revolve around the Vegan’s meat-eating friends and family. What about Thanksgiving or the family barbeque? Will the Vegan be uncomfortable with the Christmas ham or the pig roasting on a spit a the Luau? Probably!

Food events that center around a big hunk of meat are more common than most people think about, though the dilemmas involved are all-too familiar to the Vegan. The Vegan needs a strategy (perhaps a non-judgment policy in public settings) that will keep him or her from being left out of events with non-vegetarian friends.

How to Play It
You wouldn’t tell a wild lion not to eat a lamb or instruct a pack of hyenas not to take down an antelope. That would go against nature. The Vegan may find it a sad fact that many humans enjoy being carnivorous and consider it their right to be so, but people are animals, too. They also deserve to be treated with respect. Vegans who go around throwing red paint on fur coat wearing people or participate in other criminal or disturbing behaviors are denying the rights of their own species, which is so uncool. 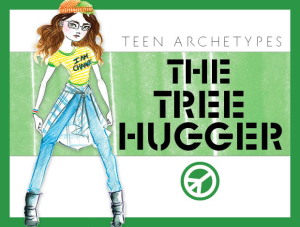