The Explorer Family: The Individualist

Individualists are independent thinkers who explore the boundaries of convention. Although not as extreme as Rebels, this archetype describes the kind of person who doesn’t like being fenced in by the status quo, formal situations, or tight schedules.

He or she can be an Individualist at work or at home, in the art studio or on the playing field, and on the right or the left. The Don’t Tread on Me school of libertarianism, for instance, is affiliated with more conservative thinking; as was Herbert Hoover, who referred to his ideal of moderate government involvement in business as “rugged individualism.”

In the art world Gertrude Stein, who lived openly with Alice Toklas, simultaneously collected the limit-pushing avant-garde painters of her day and explored the outer limits of what people would find comprehensible with her application of Cubist techniques to fiction-writing. A decade later, Ayn Rand, the author and polemicist, was railing against forcing too much cooperation because she felt it bred mediocrity and called it “the monster of ‘We.’”

Regardless of the context, Individualists can be counted on to march to the beat of their own drummers. Today we see them everywhere, whether as disgruntled heroes in movies, out-of-control pop stars, or champions of wild style. This list includes everyone from Mick Jagger, Iggy Pop, and Carol Channing to the latest outré personalities such as Nicky Manaj and Zooey Deschanel.

Strengths
Individualists are exciting to be around because they are always in the vanguard and always ready to take issue with anything too constraining or boring.

Weaknesses
Unreliability is one issue as is contrarianism, which makes even the most basic topics potential targets for conflict. Appropriate conversation or wardrobe does not come easy to Individualists.

Passions
Self-expression of any sort, whether in conversation, dress or art; social networking, which can satisfy the need to assert unusual opinions and arguments

Words
“Who so must be a man must be a non conformist.” -Ralph Waldo Emerson 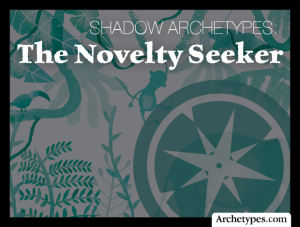