The Intellectual Family: The Philosopher

Philosophers are always asking the big questions about the greatest truths. Why are we here? Where are we going? What is the meaning of life? While most people shy away from thinking about such things, philosophers dig into them, sometimes to the point of alienating those who would prefer tangibles to abstractions.

Aristotle was the original Intellectual Philosopher and the first to look at the causes of existence. Plato, who followed, argued that material abstractions possess the most fundamental kind of reality. But he also argued that all great rulers must be great philosophical thinkers.

Both of these fathers of philosophy associated right-minded thinking with right-minded action and contended that good minds made for good living. But in later years, modern philosophers detached themselves from the issues of righteous living to focus more on the abstract concerns of being.

Rene Descartes, who lived in the 17th century and created analytical geometry, is considered the father of modern philosophy with his advocacy of dualism—the power of mind over body. His most famous statement, “I think, therefore I am,” became a motto of the existentialist tradition that followed.

Contemporary thinkers such as Jacques Derrida, Michel Foucault, and Susan Sontag, philosophize about new aspects of media, culture, fashion, and gender. Then there’s Thomas Friedman, who brings with his notion that the world is flat a more philosophical view to globalism.

Strengths
Philosophers are methodical in both thought and action and their measured approach and awareness of big-pictures issues can offer a useful perspective.

Weaknesses
Philosophers can get lost in their own thoughts; and their constant preoccupation with the quest to answer the unanswerable can make it difficult to focus them on more banal questions.

Words
“Poets are the sense; philosophers the intelligence of humanity.” -Samuel Beckett 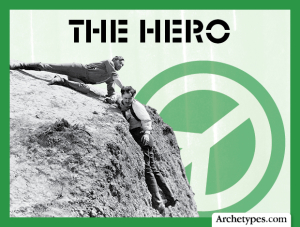 The Advocate Family: The Hero