The Intellectual Family: The Scholar/Student

Scholars and Students are driven by a passion to learn. Whether at home, in school, college or the groves of academia, they remain open to taking in new information to feed their constant curiosity.

The Roman ruler Marcus Aurelius, who said, “Our life is what our thoughts make it,” was one of the first Scholars. He protected his empire but also devoted time to intellectual pursuits. Adam Smith, who wrote The Theory of Moral Sentiments and The Wealth of Nations, was a lifelong Scholar, too; as was John Locke, an Enlightenment thinker whose liberal theories influenced Thomas Jefferson and the writing of the Declaration of Independence.

Over the centuries, countless Scholars have entered the public arena by way of the academy. Donna Brazile is a Harvard Institute of Politics Fellow and Georgetown professor of Women and Gender Studies who rose to national prominence in the Democratic National Committee. Naomi Wolf and Camille Paglia forward the national conversation about women’s issues, as Cornell West and Henry Louis Gates, Jr. do about race. Joseph Campbell created the contemporary awareness of myth from his scholarly perspective.

Another popular Scholar is Paul Krugman, the economist who writes a New York Times column. Rather than the typical pundit’s polemics, he uses his mastery of statistics to make his points. Noam Chomsky, who teaches at M.I.T., is another example of a Scholar who is unafraid to step into more contentious mainstream conversations.

Strengths
Scholars and Students bring a lively curiosity with them wherever they go.

Weaknesses
Lifelong Students tend to avoid life’s realities by staying in academia too long, while scholars can live in a tenured ivory tower of thought that makes it difficult for them to partake in conversations that are not grounded in scholarly authority.

Words
“Study the past if you would define the future.” -Confucius 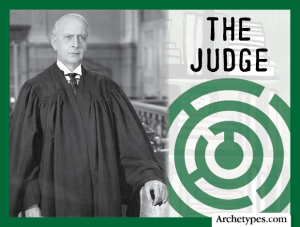 The Intellectual Family: The Judge