The Intellectual Family: The Scientist

Scientists are always on the hunt for evidence that explains the universe, whether it’s the particles of an atom, the central nervous system of a whale, or the stars in a galaxy. Like all intellectuals and thinkers, they need time to follow their abstract thoughts unencumbered by the necessities of daily life.

For a Scientist, almost anything can trigger an idea. For Galileo, it was a swinging chandelier that caused him to think about gravity—just as the waves on the beach made him think about tides, leading to the theory that the earth revolves around the sun. When Louis Pasteur discovered that the bacteria in his lab could be killed with heat and disinfectant, he opened the door to saving millions of lives.

While many Scientists get lost in theory, others find a way of communicating that can explain to the rest of us how the world works. Einstein was an extraordinary communicator. More recently, Neil deGrasse Tyson, an astrophysicist and prolific author, has been a frequent presence on television and radio.

He, along with other contemporary scientists—such as evolutionary biologist Richard Dawkins, physicist Alan Lightman, primatologist Jane Goodall and theoretical physicist Stephen Hawking—have made a once-insular and academic field more approachable. “We can understand the universe,” Hawking writes. “That makes us very special.”

Strengths
Scientists are able to keep several ideas in their heads at the same time. They are as happy listening as talking, and are always up for an intelligent conversation.

Weaknesses
They can get lost in their heads and flummoxed when called to comment on the simplest things, whether relating to pop culture, sports, or where to go for dinner.

Words
“Nothing in life is to be feared. It is only to be understood.” -Marie Curie 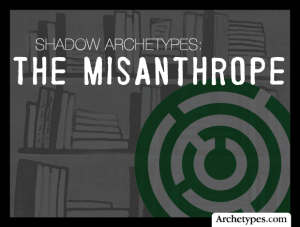