January Book Releases For Every Archetype

From a celebrated travelogue to a scholarly account of the true story behind a Herman Melville masterwork, there’s something for everyone in bookstores this January.

The Empire of Necessity: Slavery, Freedom, and Deception in the New World by Greg Grandin

Shortlisted for the 2014 Samuel Johnson Prize, The Empire of Necessity is a scholarly tome that recounts the larger story of slavery in Spanish colonial America by focusing on the same infamous 1805 slave revolt on a ship off the coast of Chile that inspired Herman Melville’s masterpiece Benito Cereno. Author Greg Grandin, whose Fordlandia was a finalist for the 2010 Pulitzer Prize and the National Book Award, went to incredible lengths of scholarship to capture the untold history of Captain Amasa Delano and the bloody aftermath of his discovery that the West Africans he thought were slaves aboard a Spanish vessel, the San Dominick, had slaughtered much of the crew and taken over the battered ship, which they hoped to sail back to Africa. It’s intense, difficult stuff, but a worthwhile pursuit for those looking for insight “into a critical moment in the modern development of the struggle between freedom and enslavement,” according to a starred review in Publisher’s Weekly.

Published annually since 1986, the Baseball Forecaster provides hardcore fans of the game with baseball analytics. Its approach to prophecy goes so far as to break down player performance into its component parts. More specifically, according to the publisher, “Rather than predicting batting average, for instance, this resource looks at the elements of skill that make up any given batter’s ability to distinguish between balls and strikes, his propensity to make contact with the ball, and what happens when he makes contact—reverse engineering those skills back into batting average.”

Sounds like the perfect book for those looking to shore up their chances of winning their fantasy baseball league. 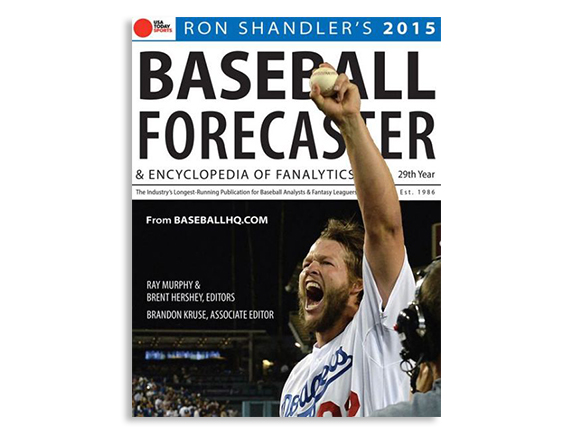 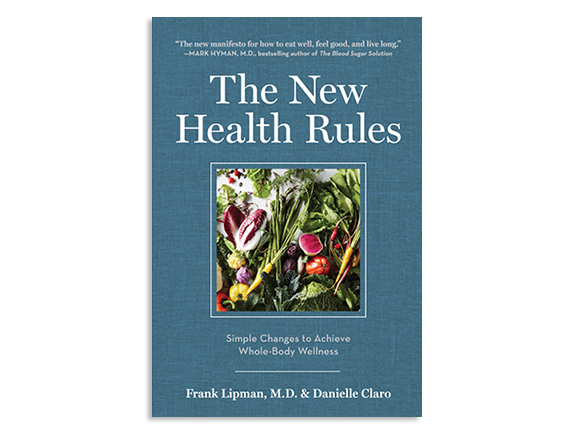 An expert in the field of functional medicine, Dr. Frank Lipman “focuses on the root causes of illness and guides his patients to the deepest, most lasting sources of wellness,” according to his publisher. His emphasis on natural remedy, spiritual meditation and disease prevention through simple lifestyle changes has won him a host of high-profile fans, from Oprah Winfrey and Gwyneth Paltrow to Arianna Huffington (Lipman is a regular contributor to both Paltrow’s internet newsletter Goop and Huffington’s The Huffington Post, and has been featured in Men’s Health, Vogue and many more mainstream publications). Here, he collects 175 actionable tips to improve every aspect of your physical and spiritual well-being.

A slightly pricy and very academic volume, despite its slender 216 pages, Japanese Fashion Cultures explores the cultural relationship between gender and fashion in Japan, as well as the meaning and impact of gender-flexible Japanese street style on western dress. Author Masafumi Monden is an expert on the subject: an emerging cultural studies scholar, Monden specializes in contemporary culture, fashion and Japanese studies, and is a research associate and professor at the University of Technology, Sydney, Australia. In his first book, Monden attempts to dismantle misconceptions about gendering and sexuality in contemporary Japanese fashion, with an eye on how these interpretations affect the sartorial choices of the rest of the world, which has in recent decades taken plenty of cues from the runways of Tokyo. 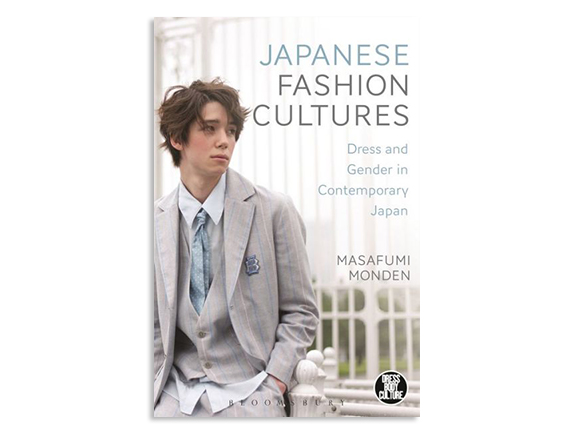 The Broken Road: From the Iron Gates to Mount Athos by Patrick Leigh Fermor

Patrick Leigh Fermor’s A Time of Gifts (1977) and Between the Woods and the Water (1986) are celebrated as being among the very best travelogues of all time. The books detail his 1933-35 walking trip across Europe, from Holland to Constantinople, and The Broken Road offers up the tale of the final leg of that journey, picking up with “Paddy” in the fall of 1934 in Bulgaria and trailing him through Romania and on to Greece. The New York Review Books Classics Series is republishing the book, which was initially published posthumously in 2013, following Fermor’s death in 2011 at age 96, no doubt in hopes that the famously tortured volume – the author suffered from extreme writer’s block, which prevented him from fully finishing the text before his passing (editors Colin Thubron and Artemis Cooper pulled together the pieces) – will finally get the attention it deserves.

40 Days of Dating: An Experiment by Jessica Walsh and Timothy Goodman

What happens when two New York City Creatives, graphic designers and longtime friends Jessica Walsh and Timothy Goodman, decide to take a new approach to dating? Both suddenly single, the two agreed to date each other for 40 days to see what might come of it, and they recorded the experience in prose, photos, videos, text messages and more and posted it all on a blog for the world to see. The experiment turned out to be quite popular, attracting 5 million visitors eager to see if the couple would stay together. We won’t spoil the answer for you – the pair have compiled an expanded look at the experiment with material they never posted on their website, including info on who they were as friends before the 40 day dating challenge and what has happened since. 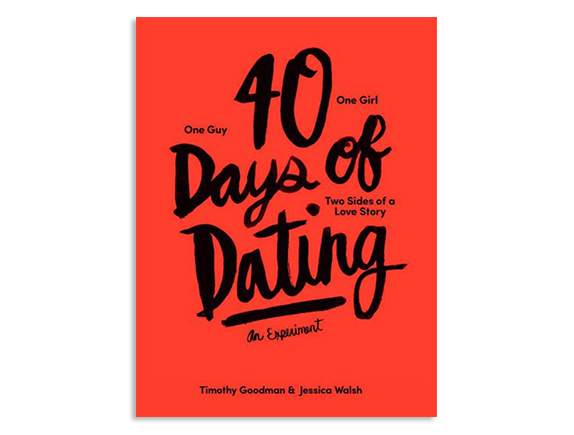 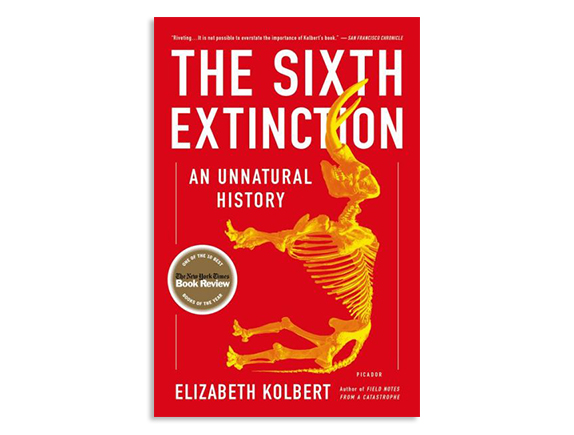 The Sixth Extinction: An Unnatural History by Elizabeth Kolbert

New Yorker writer Elizabeth Kolbert’s The Sixth Extinction compiles research in half a dozen scientific disciplines to arrive at terrifying conclusion: in the last half-billion years, there have been five mass extinctions, times when life on earth suddenly and dramatically changed for one reason or another (think asteroid impacts, ice ages, etc.), and the planet is in the throes of the sixth … and mankind is to blame. Kolbert lays out the facts, pointing to signs like the countless species of animal, insect and plant that have already been lost as our environment withers at the hands of climate change, and looks at past calamities to draw a sharp path straight into our own cataclysmic future (unless we make some major changes, of course). Named one of the New York Times Book Review’s 10 Best Books of 2014, The Sixth Extinction is essential reading for anyone concerned about our environment and the future of life on our planet.

The One and Only Ivan by Katherine Applegate, with Patricia Castelao (Illustrator)

Here’s one for adult Visionaries to share with the children in their lives. Author Katherine Applegate approaches her novel for young readers in a rather interesting way. The One and Only Ivan is inspired by the true story of a captive gorilla who, having spent 27 years in a glass enclosure in a shopping mall, is introduced to a baby elephant taken from the wild. To up the emotional stakes, this novel, which is illustrated, is told from Ivan’s point-of-view, so we get to experience how his new elephant friend forces him to see his world through new eyes. It’s a pretty visionary hook: the imagined internal true story of a captive gorilla, told by the animal himself. And it’s apparently quite good — The One and Only Ivan won the 2013 Newbery Medal. 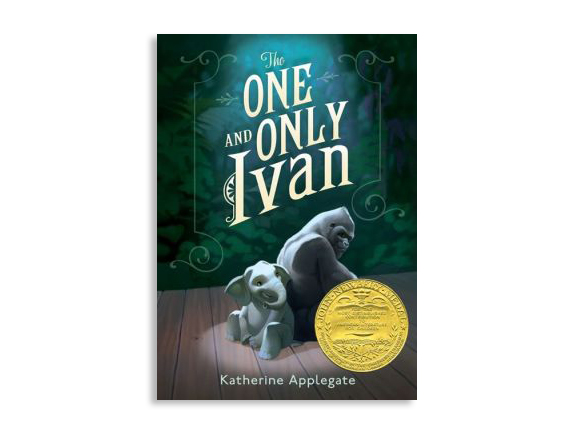 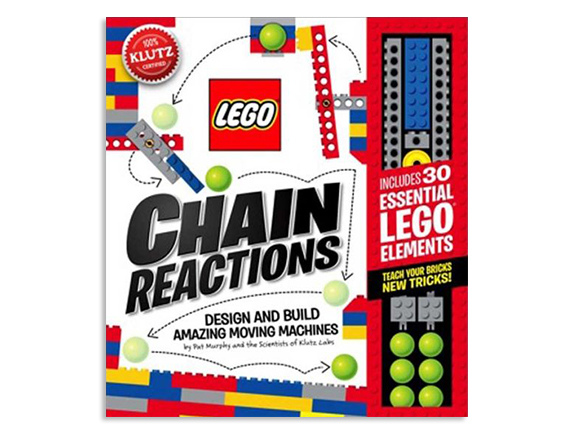 Looking for a fun, exciting and, importantly, educational activity for you and the child or children in your life? Look no further than LEGO Chain Reactions, a book and companion LEGO set that uses common LEGO bricks to create chain reaction machines that spin, swing, pivot and more. The book is far more than a set of instructions on how to use the included 33-element set to turn your basic pile of LEGO blocks into a Ferris wheel, however; it not only teaches the skills required to build the machines, it includes some basic instruction in the physics behind the mechanisms. The full set comes with the 78-page book, 33 LEGO elements, six LEGO balls, six feet of string, eight paper ramps, two pop-up signs and one each of a funnel ramp, flag, paper bucket and platform. Pretty cool!

The protagonist of John Green’s (The Fault in Our Stars) debut novel, Looking For Alaska, is a young man on the lookout for something extraordinary, something he calls “The Great Perhaps,” in honor of poet Francois Rabelais. He abandons his safe and happy life and sets out to find what the world has in store for him at boarding school in Culver Creek, but a girl, of course, arrives to stir our young Rebel hero in the direction of his true destiny. With the success of the film version of “Stars,” Green is enjoying a big moment, and this reissue of his Printz Award-winning debut comes complete with a new introduction from the author as well as deleted scenes from the original manuscript. 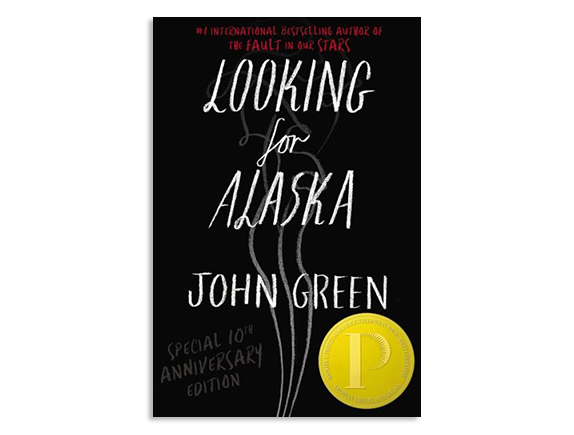 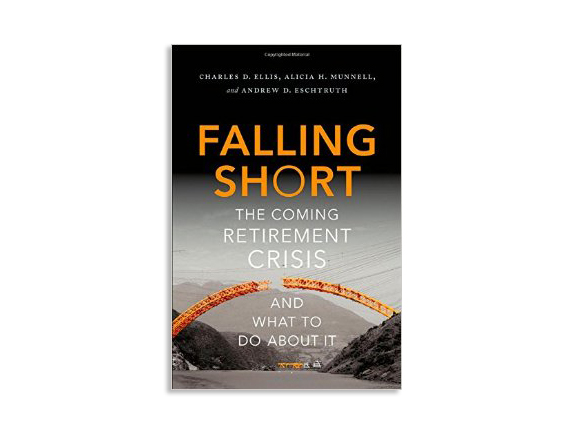 Falling Short: The Coming Retirement Crisis and What to Do About It by Charles D. Ellis, Alicia H. Munnell and Andrew D. Eschtruth

It takes a mere 168 pages for economics experts Charles Ellis, Alicia Munnell and Andrew Eschtruth to strike fear into the hearts of anyone hoping to ride off into the sunset early with plenty of money to live out their golden years. Falling Short examines the looming retirement crisis in America, as governmental safe nets like Social Security look less and less certain as time passes and many of today’s workers “lack the resources to retire at traditional ages and maintain their standard of living in retirement.” Ellis, Munnell and Eschtruth offer up concrete ideas for how to safeguard your financial future as well as policy suggestions for how the government can protect, secure and improve the retirement infrastructure it has let fall into disrepair.

Keegan Allen, star of ABC Family’s smash “Pretty Little Liars” and James Franco’s forthcoming directorial effort “Bukowski,” chronicles his own life growing up just off the Sunset Strip, while aspiring to convey something more universal about coming of age as an aspiring actor, in his debut, which blends the actor’s own photography with narrative and poetry. In his photos and prose, Allen explores what it’s like to negotiate “the seductions and disappointments of Hollywood,” as well as landing a role on a major television series and his struggle to stay connected to friends and family as the Hollywood media circus envelopes him. 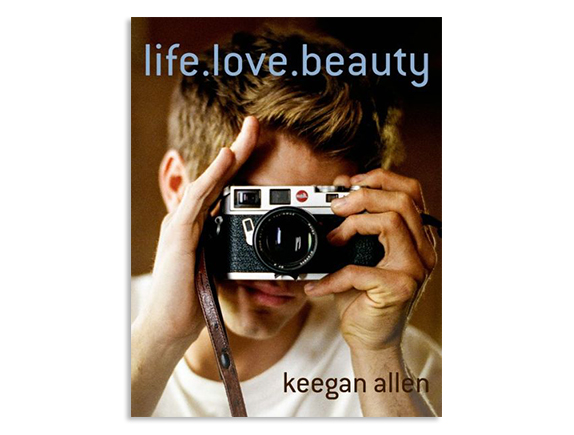 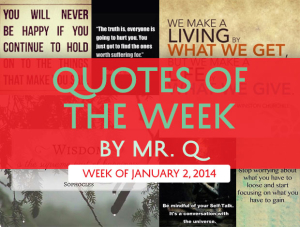