October Book Releases For Your Archetype

From two anticipated returns to form from much loved novelists to a history of one of the most famous kingdoms in all of fiction, there’s something for everyone in bookstores this October. 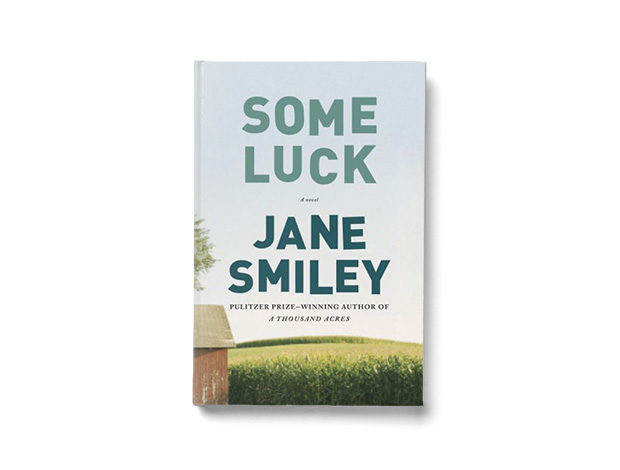 Some Luck by Jane Smiley

This one’s got some pedigree. Longlisted for the 2014 National Book Award, the latest from Pulitzer Prize winner Jane Smiley brings her back to the Iowa of her most celebrated novel, A Thousand Acres, but introduces a far-less-turbulent family, the Langdons. Each chapter represents a year in the life of the Langdons, carrying the family from the Great Depression through World War II and into the transformative 1950s. The book is the first in a planned trilogy, a fact many critics are very excited about.

Just this week, Derek Jeter ended his long and much-celebrated career in professional baseball. The long-time New York Yankees captain concludes his run on a high note: unlike too many professional athletes, Jeter leaves the team with a sterling reputation — no scandals, no gossip about bad behavior on or off the field. He even had a great last year on the diamond! Jeter Unfiltered promises to be the only authorized book commemorating Jeter’s iconic career with the Yankees, and with rich images by acclaimed photographer Christopher Anderson, the book could even end up being a collector’s item. 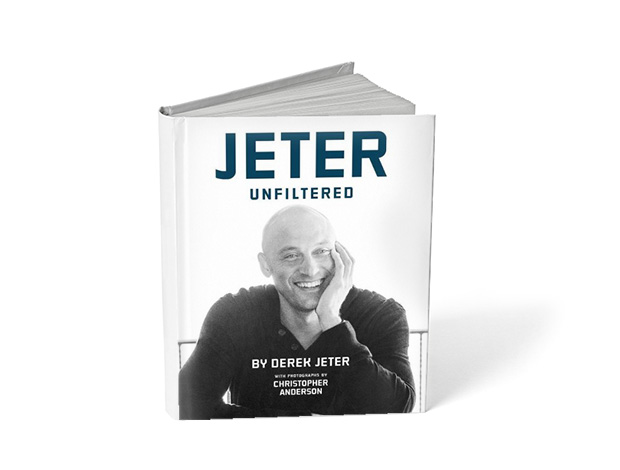 The World of Ice & Fire: The Untold History of Westeros and the Game of Thrones by George R. R. Martin, with Elio Garcia and Linda Antonsson

This dive into the history of Westeros is sure to provide insight into the fascinating, deeply rooted religious foundations of Martin’s “Song of Fire and Ice” saga. Fans of HBO’s incredibly popular “Game of Thrones” and of the world George R.R. Martin has created in is sprawling book series have seen and heard endless pledges to “the Old Gods and the New,” watched kings being crowned “in the light of the Seven,” and witnessed murder in the name of “the Lord of Light.”  The World of Fire & Ice promises some background into how exactly the troubled relations between the faiths came to be.

Make Up: Your Life Guide to Beauty, Style, and Success–Online and Off by Michelle Phan

YouTube star-turned mini mogul (she is starting her own record label) Michelle Phan gained fame for her makeup tutorials, or, as she says, using makeup as “a tool for transformation and self-expression.” She collects her best wisdom here, offering not only a nicely photographed tutorial on how to use makeup to improve self-confidence, but also a bit of a primer on how to transform a hobby or talent into a profession, brand and lifestyle. 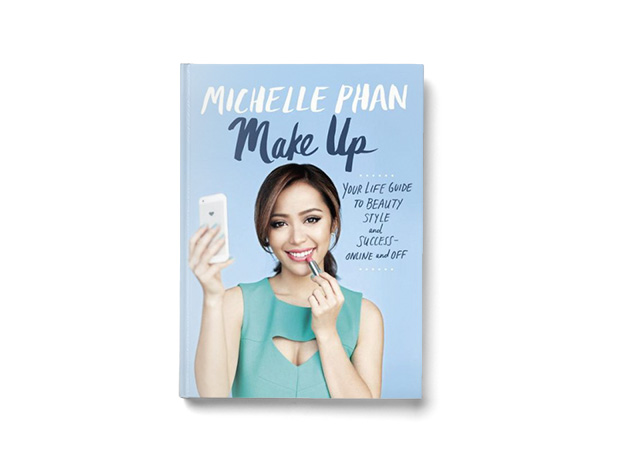 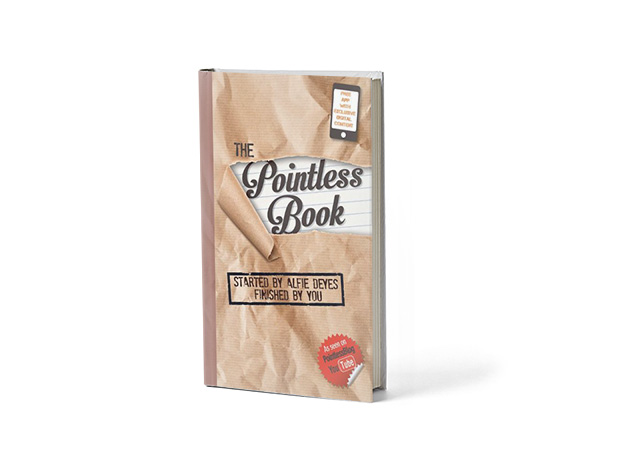 For the Explorer looking for a fun staycation project, consider popular YouTube video blogger Alfie Deyes’ The Pointless Book: Started by Alfie Deyes, Finished by You. The book offers numerous games, activities and pranks, and according to the publisher, encourages readers to “connect the dots and bake a cake in a mug; people watch and turn a page with your ear; draw a finger selfie; and play the ultimate basketball challenge.” For those unable, for one reason or another, to escape the grind, The Pointless Book should help turn a random Saturday afternoon into an adventure.

The Sense of Style: The Thinking Person’s Guide to Writing in the 21st Century by Steven Pinker

For decades, Strunk and White’s canonical The Elements of Style was the final word on writing rules for the concerned scribbler. Expect noted linguist and author Steven Pinker’s (The Language Instinct) to give the perennial go-to guide a run for its money. Pinker takes the style rules one step further, offering up proven truths from cognitive science to form the basis for clear, clean and correct writing. The Sense of Style is a must-have for any Creative entertaining the notion of getting started on the next great American novel. 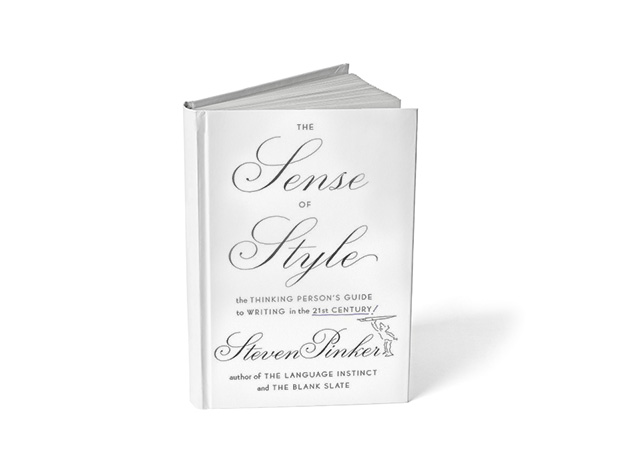 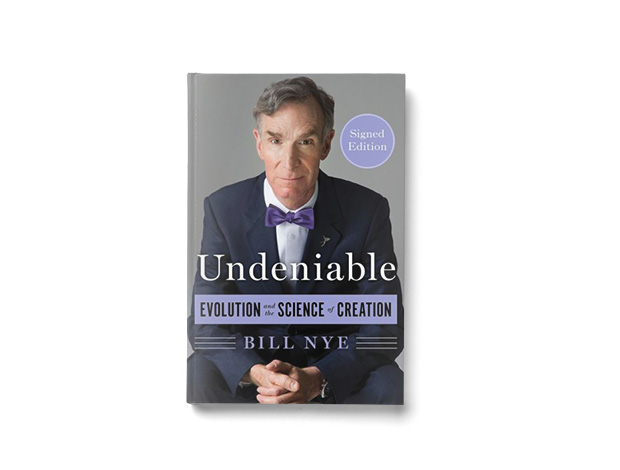 Undeniable: Evolution and the Science of Creation by Bill Nye

Bill Nye has seen a resurgence in recent years that has made him one of the most notable advocates for science education in the country. Perhaps best known to many for his PBS children’s show, “Bill Nye the Science Guy” (1993-98), Nye’s participation in a debate last year with creationist and Creation Museum curator Ken Hamm placed him front and center in an ongoing debate (if we must call it that) over evolution, creation science and the privileging of scientifically proven facts over religious texts in classrooms across the country. He doubles down on his cause here, elaborating in-depth on the shortcomings of creationism in explaining human evolution.

How We Got to Now: Six Innovations That Made the Modern World by Steven Johnson

Where Good Ideas Come From author Steven Johnson details innovations that changed the world in How We Got to Now. The illustrated volume traces how necessary facets of modern life were developed by ordinary folks and entrepreneurs and reveals the historical consequences of their creations – for example, Johnson explains how air-conditioning facilitated the largest-ever migration of human beings by making it possible to live in inhospitably hot environments. The book is set to accompany a major, same-named six-part television series on PBS. 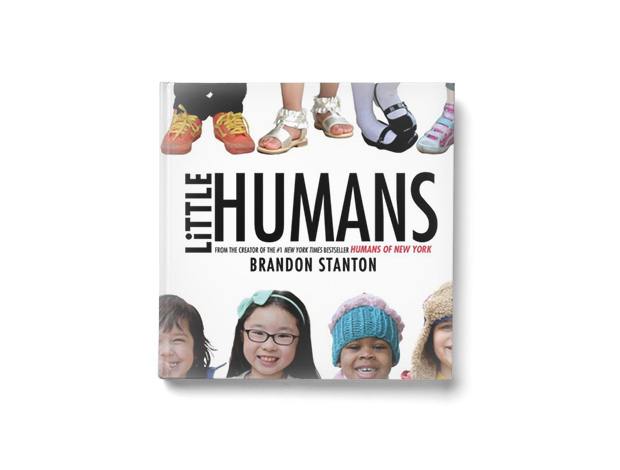 A book to share with those you care for. Street photographer Brandon Stanton is the creator of the wildly popular blog and bestselling book Humans of New York. In Little Humans, he trains his focus onto the youngest among us, capturing, per a starred review in Publisher’s Weekly, “the diversity and commonality among children, and may well inspire readers to imagine the lives of and stories behind each child.”

Dancing with Myself by Billy Idol

Punk music was rebellion manifest when it erupted onto the scene in the 1970s. Youth all over the world were feeling disenfranchised as they digested the cultural upheavals of the ’60s and stared down the barrel of the coming conservative Baby Boomer backlash of the ’80s. Into that void sprang Billy Idol, who managed to transcend the punk scene’s inherent anti-establishment posturing to become a mainstream pop star. Dancing with Myself, an titular homage to his most famous song, covers with intimate detail Idol’s childhood in England, his rise to fame as a punk-pop legend and his famously wild exploits. Idol personified the sex, drugs and rock and roll ethos of the punk revolution, and Dancing with Myself offers a candid remembrance of a very different time in music. 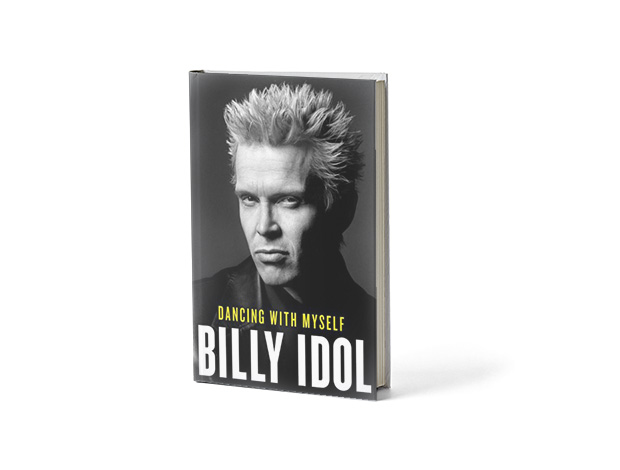 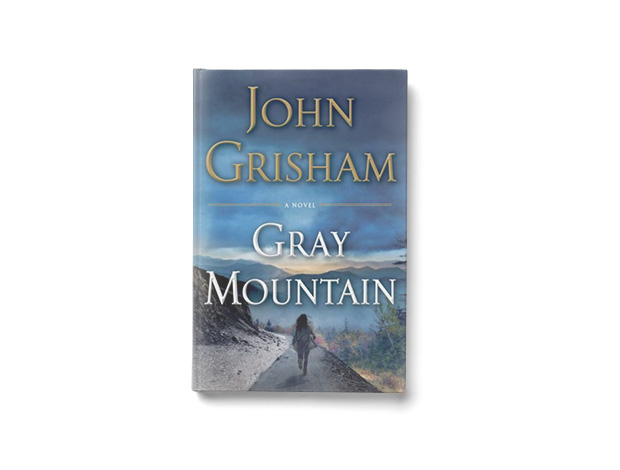 A classic John Grisham thriller in the vein of his most popular novels, A Time to Kill, The Firm and The Rainmaker, Gray Mountain concerns itself with the ways power and corruption swallow up a talented upstart, in this case Samantha Kofer, a third year associate at New York City’s largest law firm. Sent to Appalachia after the 2008 recession to help “real people with real problems,” Kofer soon finds herself swept up in the town’s dark secrets, which have something to do with Big Coal. Now that we are a few years removed from the crippling financial crisis that nearly sacked the American economy, it will be interesting to see how the situation is played out in fiction. Surely, there is no better mainstream writer than Grisham, who made his name in legal thrill rides that feel news-y and frighteningly plausible, to take up the task.

Last month, we recommended a thorough dive into the history of “Saturday Night Live” (Live from New York by Tom Shales and James Miller), and this month comes the much anticipated book of essays by one its most celebrated former players: 13-time Emmy nominee (but, crazily, 0-time winner!) Amy Poeher. It would be quite a task to find a more beloved Performer than Poehler – from “SNL” to “Parks and Recreation” to the Golden Globes and her film work, the actress and writer can do no wrong. Importantly, she also worked very hard to get where she is – an improv master, Poehler rose to fame as a cofounder of the Upright Citizens’ Brigade – so there is sure to be no shortage of valuable advice for those still looking to break out in the biz. 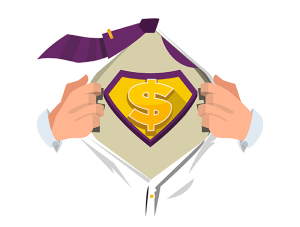