The Performer Family: The Jokester

Class clowns from our school days, practical prank-pullers at work, and amateur or professional comedians: Jokesters are the ones to break the rules with wit and nerve, and often at the expense of others. The goal is usually to get a laugh.

But beyond that it’s also to shake up the order of things, and stir up the status quo—whether by challenging obscenity laws like Lenny Bruce, or rattling the chains of racism in the tough-minded jokes of Richard Pryor, Dick Gregory, and Chris Rock.

Jokesters, also known as tricksters, appear in every culture and every period of history. The Greeks had their Eris, goddess of Chaos. Shakespeare gave us the trickster Puck in A Midsummer Night’s Dream—a character who causes havoc in amorous couples, but ultimately helps them understand who they are.

In this vein, there’s Jack from Jack in the Beanstalk, Irish leprechauns, Br’er Rabbit, Charlie Chaplin’s Tramp, the clever havoc-making Bugs Bunny, Felix the Cat, and the Joker in Batman. Each of these in some way crosses boundaries between propriety and impropriety, the real and unreal.

In contemporary Western culture, our comedians have become increasingly savvy about political humor and increasingly edgy in their push to draw attention to themselves while also drawing attention to the foolishness of others. Joan Rivers, one of the old-school comedians, has a lacerating wit when performing but makes it clear that being funny at another’s expense is something she does for a living, not in her social life.

Strengths
Jokesters are invaluable when things are tough. Their ability to get a laugh out of us in trying situations makes them as valuable as water at a time of drought.

Weaknesses
They sometimes don’t know when to stop and take things seriously, because they’d rather work on getting a laugh than take a hard look at the emotional truths they have to face. 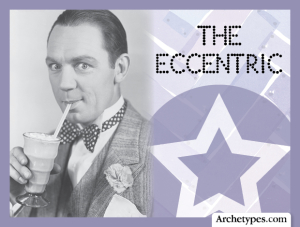 The Performer Family: The Eccentric