The Rebel Family: The Femme Fatale

Femme Fatales are the seductresses of society. They reverse the typical power roles of males—dominating by using their beauty and sexuality to manipulate men for various reasons—financial gain, social conquest or revenge, among them. Sometimes associated with seduction that leads to murder, Femme Fatales turn heads in every room they enter by wearing the most revealing clothes and moving in the most flirtatious ways.

Mata Hari was a Femme Fatale and a spy between the world wars. More recently Jessica Hart, Monica Lewinsky, and Paula Flowers destroyed political reputations. Then there’s Scarlett Johansson, who exudes a smoldering sexuality that she employs in every role.

Strengths
Femme Fatales embody female empowerment and are unafraid of their sensual and sexual sides. Their rebellious natures make them liberating presences and fun to be around.

Weaknesses
A strong sexual appetite and lack of moral base makes them dangerous as homewreckers and sometimes even killers.

Words
“I’ve never considered myself a femme fatale because I’ve never seduced anyone or ruined their lives. At least as far as I know.” -Scarlett Johansson 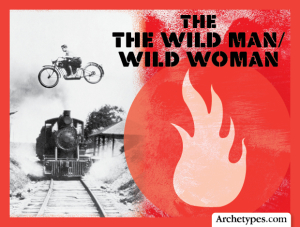