Wild Men and Wild Women are the most outrageous of rebels. These are the people who are in touch with the side of themselves that doesn’t want to settle or be forced into any box.

Society has always had its mad men and mad women, who live far outside any realms of acceptability. In one tale by the Grimm Brothers, a hairy red-headed wild man named Iron John turns out to be an instructive mentor. The poet and men’s movement founder Robert Bly used this story to encourage men to embrace the unpredictable rather than the accepted. “He gets to write poetry,” Bly wrote. “He sits by the ocean; he doesn’t have to be on top all the time.” In other words, the wild man gives responsible men permission to eschew the typical for the surprising.

While there are far too many examples of objectionable wild men and women in popular culture, including Mel Gibson, Lindsay Lohan, and outlandishly behaved rocks stars from Keith Richards and Iggy Pop to Janis Joplin and Courtney Love, the true Wild Man and Wild Woman archetype is not a reprobate but rather a rebellious seeker who knows that ripping down boundaries can help uncover core values, higher ideals, and inner truths.

Strengths
Wild Men and Wild Women can be role models for taking the road less travelled.

Weaknesses
Because they are unchecked in their sensitivities and brutal in their will to do things their own way, they can be frightening and threatening to those who live more traditionally. 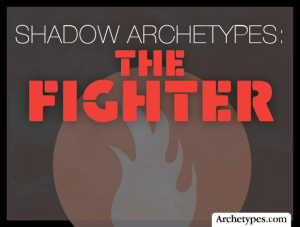 Read About the Patterns of the Fighter Archetype