The Royal Family: The Politician

Politicians rule by charm as much as intelligence. You can recognize them because they’re the ones who are natural debaters and orators, holding court in group situations.

Politicians have an innate ability to lead, whether in the community or on a far bigger scale. Alexander Hamilton put it well: “Learn to think continentally,” he wrote. Winston Churchill, who stuttered as a boy, led England out of its darkest time just as FDR had done for America a few years earlier during the Great Depression. FDR’s patrician manner and his eloquence had much the same effect on his constituents as a benevolent monarch’s would have had on his subjects. Who other than a great politician would tell a frightened country that it had “nothing to fear but fear itself”?

In recent times, female political figures have emerged. Margaret Thatcher, England’s “Iron Lady,” took firm control of a faltering economy and justified her actions without apologizing for them, saying: “Set your course and make the difficult decisions—because that is what needs to be done.” Madeleine Albright brought a more conciliatory approach to her tenure as Secretary of State—as does Hillary Clinton, an intrepid politician if ever there was one.

When it comes to regal politicians, however, it’s impossible to leave New York’s Mayor Bloomberg off the list. Combing the characteristics of executive and king, he has quietly imposed his big-picture agenda on a skeptical city. “I know how to make decisions and stand up to the criticism every day,” he said.

Strengths
Politicians are people-oriented and great communicators. They know that to do their jobs well they have to be able to listen and collaborate.

Weaknesses
When they feel threatened, they can become dogmatic and single-minded. And if they are more motivated by having a career or holding court (than in serving the public), they can abuse their office and their power.

Words
”Unlike some politicians, I can admit to a mistake.” -Nelson Mandela 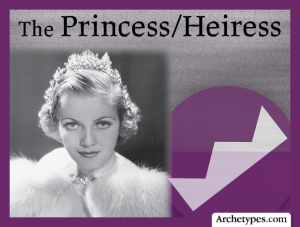 The Royal Famly: The Princess/Heiress