The Royal Family: The Prince/Heir

There are all kinds of Princes in the world. They can be exceedingly nice people and rescuers in the style of knights in shining armor. They can be Princes of privilege and heirs to vast fortunes. They can be guys who are so generous and chivalrous that people put them on pedestals. In every case, these archetypally regal youngsters either command respect or demand it.

A royal Prince lives under a mantel of expectations. Even if he isn’t going to be king one day, he is a symbol and sometimes a slave to his position. William Shakespeare captured the situation in his depiction of Prince Hal, a rambunctious and irresponsible son who grows up to be King Henry V. We see some of naughty Prince Hal in today’s real-life Prince Harry. While his older brother, William, follows in the footsteps of their father Charles, Harry gets into trouble for acting out at parties and speaking out of turn.

If only Michael Corleone, the crown prince of the Corleone family in Mario Puzo’s The Godfather, could have felt so free and easy. His character lived instead in the shadow of a terrifying legacy. But then, it’s not unusual for heirs to inherit difficulties. The sons of Bernie Madoff suffered in the wake of the arrest for his Ponzi scheme kingdom. When Shakespeare wrote, “Heavy lies the head that wears the crown,” he understood the downside of being a royal in the public eye.

Strengths
Princes can be agreeable friends, spouses and relatives because of their sense of ceremony and decorum. Like Gentleman, they are reliable guests, toast-makers and representatives of good causes.

Weaknesses
The dark sides of Princes come out when they enslave others to do their bidding and find that the only way they can express their true selves is by acting out and behaving in less than regal ways.

Words
“The best fortress which a prince can possess is the affection of his people.” -Niccolo Machiavelli 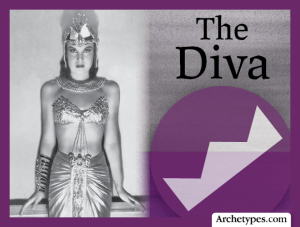 The Royal Family: The Diva