The Royal Family: The Queen

Queens are the women who are most comfortable being in charge. Sometimes they have to work to get there. Oprah Winfrey came from a very poor family. Her trick? Confidence. “Think like a queen,” she once said. “A queen is not afraid to fail.”

Cleopatra, the last pharaoh of Egypt, was equally enterprising. She gained access to Caesar by smuggling herself into his palace in a carpet. To get to Marc Antony years later, she made an entrance so dazzling that he fell in love with her.

Queen Elizabeth I presided over a flowering of culture and broadening of her empire in the Elizabethan Renaissance named for her. And in today’s Buckingham Palace, the present Queen Elizabeth has managed to stay on top of cultural changes so that her throne and the royal family remain respected.

In recent decades, Executive Queens have come to the fore in the workplace and in the culture. Winfrey was an early adapter, although Estée Lauder, Elizabeth Arden, and Coco Chanel preceded her. Since then other powerful empire builders, including Martha Stewart, Donna Karan, Melissa Mayer and Sheryl Sandberg, have ascended. Vogue editor-in-chief Anna Wintour rules with an impeccable and unforgiving eye. The Queens of today are, like the Queen Bees in teenage circles and the ones in actual hives, good at getting everyone to keep them happy.

Strengths
Queens are conveyors of grace, and they can use their position to do tremendous good in the world. They can lead as examples and empower others, women especially, to succeed.

Weaknesses
Queens can be overly demanding; some have control issues and can resort to manipulative and aggressive behavior when they feel their power is slipping.

Words
“I’m tough, I’m ambitious, and I know exactly what I want. If that makes me a bitch, okay.” -Madonna 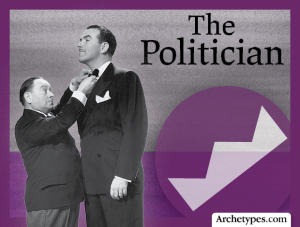 The Royal Family: The Politician