September Book Releases For Your Archetype

From a sprawling, tumultuous drama by a master of historical fiction to a highly anticipated collection of comedic essays from one of the most popular “Girls” around, there’s something for everyone in bookstores this September.

Edge of Eternity: Book Three of The Century Trilogy by Ken Follett

Acclaimed author Ken Follett’s (The Pillars of the Earth) latest is a voluminous, richly realized tome with several central characters participating in and reacting against the tumult of the 1960s, ‘70s and ‘80s. From the American civil rights struggle and Vietnam War to the Berlin Wall and Cuban Missile Crisis, this finale to Follett’s “Century Trilogy” intertwines the highly personal with some of the most defining events of the 20th century. At a massive 1,120 pages, and dense with historical detail, this is not fiction for the casual summertime beach reader – but for those with a little patience and persistence, the novel’s starred Publisher’s Weekly rave suggests it is more than worth your time.

Whether you’re a parent preaching the importance of dedication or a coach hoping to instill a sense of sportsmanship, this young readers edition of Mariano Rivera’s The Closer should tick off all the boxes when it comes to finding an inspiring read for a young Athlete (and for the adult Athlete guiding them). Rivera certainly knows a thing or two about the importance of perseverance to sporting success: the star baseballer grew up poor in a Panama fishing village before going on to become Major League Baseball’s all-time saves and postseason ERA leader, a thirteen-time All-Star and a five-time world champion during his 19 seasons as a New York Yankee. 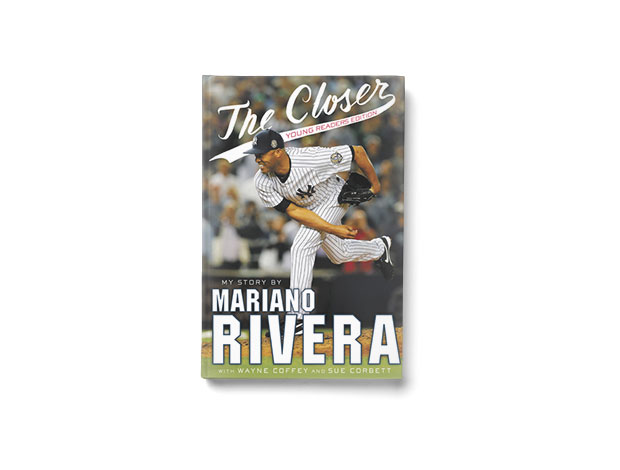 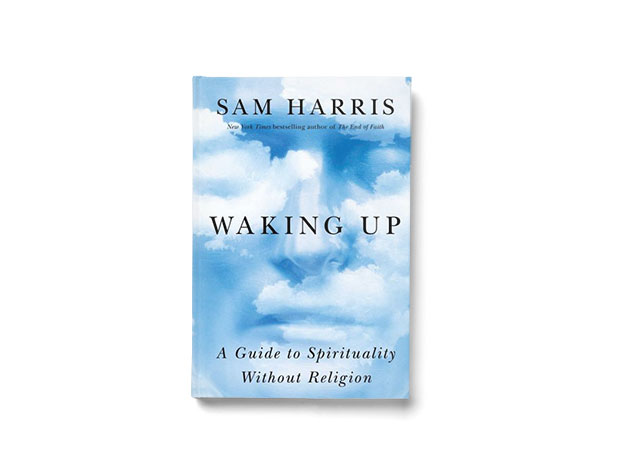 Waking Up: A Guide to Spirituality Without Religion by Sam Harris

Consider Waking Up to be an agnostic’s guide to getting spiritual. Here, neuroscientist and PEN Award winner Sam Harris explores the scientific underpinnings of spirituality and provides a guide to meditation as a deity-less spiritual exercise that can alleviate human suffering, offer personal well-being and foment ethical behavior. The book is described as being for the “30 percent of Americans who follow no religion, but who suspect that Jesus, Buddha, Lao Tzu, Rumi, and the other saints and sages of history could not have all been epileptics, schizophrenics, or frauds.” If that’s you, check out Waking Up. After all, great books that cater to the spiritual-but-not-religious aren’t always an easy find.

Not That Kind of Girl: A Young Woman Tells You What She’s “Learned” by Lena Dunham

Love her or no, there’s no arguing that Lena Dunham is an influencer. Her fingerprints are all over our popular culture, and whether it’s the latest controversy on her HBO hit “Girls” or what she wore on the Emmy red carpet, she is eternally on the tip of the cultural conversation. If she tweets about something or features it on her show, it blows up. (Just look at Greenpoint, Brooklyn; fans are flocking to the show’s locations just to get a taste of the “Girls’” favorite coffee.) So why not take a deep dive into Dunham’s psyche with this collection of personal essays, which is being billed as “hilarious, poignant, and extremely frank” – three adjectives we’d attach to just about anything Dunham does. 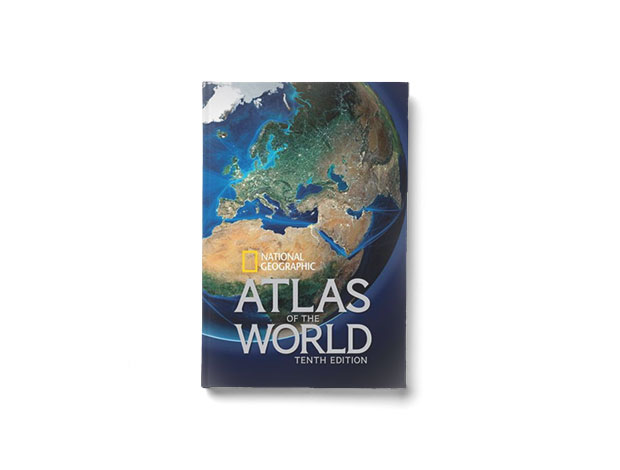 Yeah, it’s pricey, but we’re sure that many Explorers will find it truly priceless.

The publication of the tenth edition of National Geographic’s famed Atlas of the World is hitting stores to commemorate the 100th anniversary of National Geographic cartography. Described as “prestigious and authoritative,” the Atlas features illustrated maps and informational graphics that chart everything from population trends and human migration to climate change, the world economy and much more. To any person hoping to fully explore the world, it’s farthest flung regions and most remote villages, no book could be more essential.

Chasers of the Light: Poems from the Typewriter Series by Tyler Knott Gregson

Creativity takes many forms and is intrinsically tied to inspiration. So when a professional photographer like Gregson is inspired to create a poem on the spot after finding a vintage typewriter while browsing an antique store in Helena, Montana, people take notice. Gregson’s inspiration led him all the way to the creation of the “Typewriter Series,” a collection of poems typed on vintage paper, torn pages from books and found scraps, that he often shares on his popular Twitter [LINK: https://twitter.com/TylerKnott] and Instagram [LINK: http://instagram.com/TylerKnott] accounts. For readers’ pleasure, the best of his poetry is collected in Chasers of the Light.

What I Know For Sure by Oprah Winfrey

If we were to make a list of the greatest living Advocates, there is no pretending that Oprah Winfrey wouldn’t rank pretty highly. The many life lessons she’s divined from decades spent as a teacher, of sorts, guiding her viewers and readers to live the life they love, while doing some truly notable charity work are collected in What I Know For Sure, a compilation of the best advice from 14 years of her monthly column in O Magazine. If Oprah is one thing, she’s a motivator, so sifting through this brisk 240-page collection is sure to provide plenty of insight into how to live your best life.

If you are looking for advice on how to run a successful tech company, who would you turn to? Well, Google Executive Chairman and ex-CEO Eric Schmidt and former SVP of Products Jonathan Rosenberg seem like a pretty darn good start. In How Google Works, Schmidt and Rosenberg explain how they took an already visionary company and transformed it into a global leader of innovation and business. The book explores topics common to all businesses, like corporate culture, strategy, decision-making and communication, while also explaining the changing company-consumer power dynamic. In short, they attempt to break down how to make the company’s famous work philosophy – according to the book: “the best way for businesses to succeed is to attract smart-creative people and give them an environment where they can thrive at scale” – work for you. 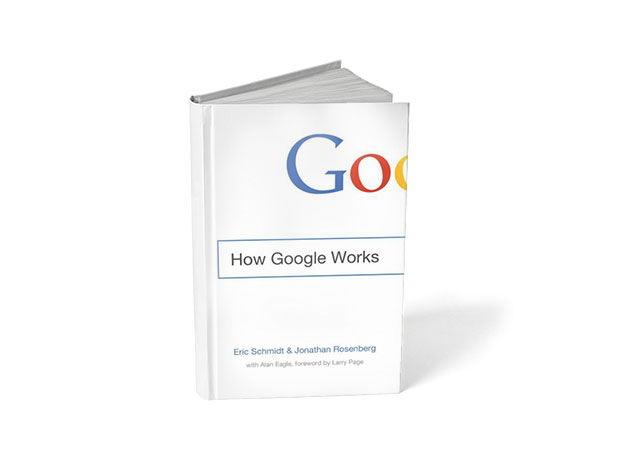 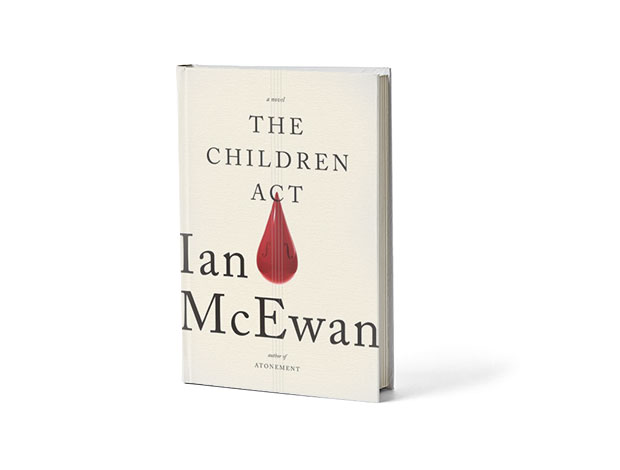 The Children Act by Ian McEwan

This latest novel from Ian McEwan, author of Atonement, deals with perhaps one of the most wrenching questions a Caregiver can face: who best represents a child’s welfare? For family court Judge Fiona Maye, deciding whether the best interests of 17-year-old Adam, who’s dying of leukemia, lay in the hands of the hospital trying to provide him with a lifesaving blood transfusion or with his two Jehovah’s Witness parents, who refuse to allow the treatment, evolves into an emotional journey that forces her to confront issues of compassion, religious dogma, secular morality and, very importantly, what is right and what is wrong and who decides.

Neverhome is the story of a true Rebel, a woman who rejects the role prescribed to her by Civil War-era society and, instead, quite literally takes on the opposite one. Though things are far from ideal at home, Ash Thompson is a committed farmer’s wife, until her life takes a fortuitous turn when war is declared between the northern and southern U.S. states. Ash opts to fight rather than stay behind, disguising herself as a man. For a while, she thrives – her strength as a marksman goes a long way to conceal her gender from her unsuspecting fellow soldiers – but soon enough things become more harrowing, as she is taken captive by bounty hunters, only to escape and end up betrayed by a confidante. And that’s just the tip of the iceberg of PEN/Hemingway Award finalist Laird Hunt’s acclaimed follow-up to Kind One. 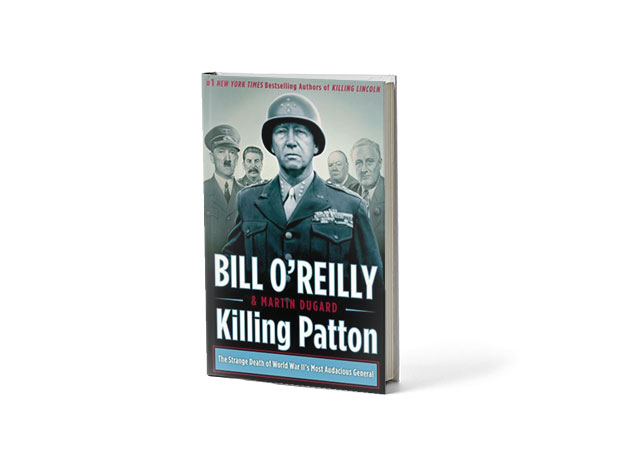 Its author may be deeply divisive but the story of the influential man and his puzzling demise being told in Killing Patton, the fourth book in Bill O’Reilly’s multimillion-selling non-fiction Killing series, is sure to fascinate the more politically ambitious in the room. (And what Royal’s library couldn’t use another political biography, amirite?) O’Reilly promises to name names too, effectively pulling back the curtain on one of the most complex military histories ever:  the truth (or O’Reilly’s version of it) about the mysterious circumstances surrounding the death of General George S. Patton in the aftermath of World War II.

Live From New York: The Complete, Uncensored History of Saturday Night Live as Told by Its Stars, Writers, and Guests by James Andrew Miller and Tom Shales

Featuring more than 100 pages of new material from the last decade of NBC’s late night institution, this update to what many consider the quintessential and authoritative history of “Saturday Night Live” promises even more behind-the-scenes dirt. Beyond the tantalizing gossip, Pulitzer Prize-winning television critic Tom Shales and Running in Place: Inside the Senate author James Andrew Miller take a very thorough look at the making of a program that so many Performers dream of appearing on. The updated book arrives just in time for the 40th season of the landmark sketch show, giving fans just enough time to dive deep into how a performing institution came to be before its latest iteration hits the air. 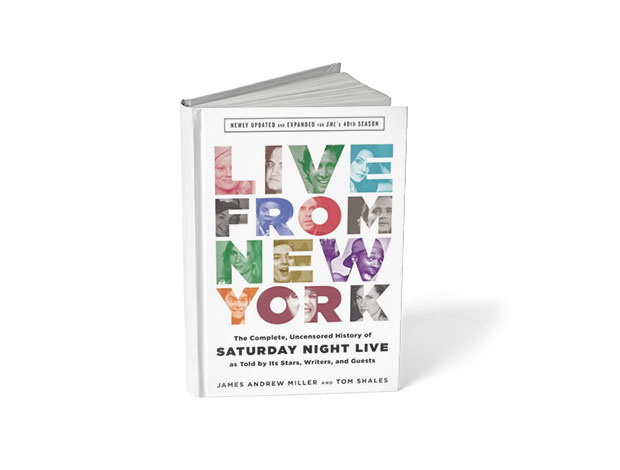 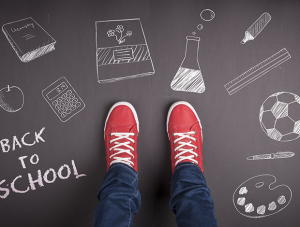 Back to Cool: New Gear We Love for Your Archetype