The Shorthand Guide to Hacktivism

Tech-oriented Advocates can use their power for good (and evil) as Hacktivists, an extremely topical subject given the predominance of Anonymous in the news today. Don’t let the name fool you – these groups are anything but hacks.

Hacktivism can be and sometimes is confused with cyberterrorism. “Hacktivism” was actually coined to describe activism of the digital kind, combining hacker + activism. Hacktivists work toward social change by taking their programming skills and hacking into various networks to effectively take down a platform that an organization needs to operate. They also deliver information to the masses, which can be necessary but also a chaotic catalyst.

Depending on who is using the term, hacktivism can be political, anarchic, or a remonstration. The hacktivism of late has spread like wildfire over Twitter, personal websites, Facebook and more – everything from protesting a police force, speaking up about an ill-conceived jurisdiction or something bigger like the Arab Spring. Hacktivist organizations can bring bad seeds to justice simply by empowering its members to take action digitally, creating change where officials were reluctant to do so.

Some major names include Anonymous, a huge group of activist and hacktivist members who describe their well-publicized activity as “an internet gathering” in which they attack governments and corporate websites and systems, Europe’s Chaos Computer Club, a group that pushes for freedom of information and communication, the enviro-hacktivist group Decocidio, the high-profile LulzSec, among many others.

The documentary “We are Legion: The Story of the Hacktivists” gives an introduction to hacktivism as well as lets viewers learn more about Anonymous and the new age of digital civil disobedience. The film goes into some past hacking advocacy, including the birth of Anonymous at 4chan and how it grew into a huge, global movement and their involvement in some of the most significant events of the 21st century.

Hacktivists remain dedicated to free speech and equal access to information. Sometimes, they end up sharing information or content protected by law and run into legal trouble. Disrupting national security or stealing files with a copyright notice can get them in hot water, however real ethical concerns can happen when a hacker acts with destructive or malicious intent, working for questionable leaders or governments that wish to do more harm than good.

Do you know your archetypes? Take our short quiz to find out! 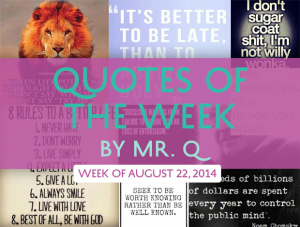 Colleen is a writer, runner, and perfume fan with an appetite for Hatch green chile.