The Spiritual Family: The Guru

A Guru is a teacher who shows students how to live in a spiritually enlightened way. While several religions have a similar concept, including Hinduism (which gave us the word), what matters most in this spiritual archetype is a strong drive to impart the kind of wisdom that leads to transcendence and control of the self.

Gurus can be found in contemporary western society as well. The word, in fact, has become so popular that it is used to describe lifestyle experts with knowledge of the kind of earthly things—hair, makeup, decorating, entertaining—that spiritual gurus teach people to transcend.

Westerners have also been blessed with an abundance of true spiritual teachers; for instance, Swami Vivekananda, who brought Vedanta Hinduism to Chicago from India in 1893 to address the World Parliament of Religions and “to preach unto mankind their divinity and how to make it manifest in every movement of life.”

In the 1960s, Maharishi Mahesh Yogi inspired celebrities and masses of seekers to achieve inner peace through Transcendental Meditation. During the same decade, when counter-culturists who had expanded their consciousness with hallucinogenic drugs were looking to find transcendence without them, Richard Alpert, a Harvard psychologist who became the author and speaker Ram Dass, stepped in with his playful teachings. One of his phrases encapsulates the goal of the best students of life: “When you know how to listen, everybody is the guru,” he said.

Strengths
Gurus by nature want to see people become their best selves, so while they can be tough teachers, they are empathetic in a parental way. They are also ideal role models.

Weaknesses
Often charismatic, they can use their powers of attraction to take advantage of followers financially, emotionally, and sexually.

Words
“You have to light your own lamp. You have to know the miniature universe that you yourself are in.” – Banani Ray 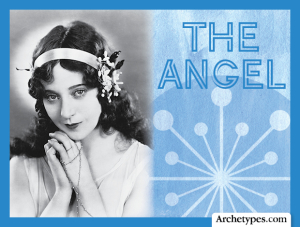 The Spiritual Family: The Angel