The Spiritual Family: The Saint

Saints are holy people whose goodness and spiritual purity inspire adulation, though they do not seek it out. While the term “Saint” is typically associated with Catholicism, each religious culture has its own form of them.

Buddhism has its Boddhisatvas. Hinduism has its swamis. Islam calls its saints holy Walis. Judaism has its righteous Tzadiks. And African and Caribbean religions such as Santeria and Vodou have their “deities” that combine the qualities of Catholic saints with tribal gods and goddesses. What all Saints have in common is the ability to inspire us to be our better and most spiritual selves.

Mother Theresa, who died in 1997, is a contemporary example of a Saint, although she is technically still only on her way to official sainthood for her selfless service. We think of her as saintly because of the powerful, almost godlike affect she has had, toiling constantly and denying herself all material luxuries to help the poor. In a dangerous and poverty-stricken world, her work, although not one of performing miracles, serves as an example to everyone.

“God doesn’t require us to succeed,” she wrote. “He only requires that you try.” By inspiring us to live purely and give selflessly, Saints help us find the miraculous and spiritual in ourselves.

Strengths
It’s hard not to love Saints. They are humble, selfless, uplifting and always willing to help in a crisis.

Weaknesses
Martyrdom is always a possibility when someone is devoted to serving a higher power. It can lead to behaving in dramatic ways that prove a point but alienate too many people. And while it is not their fault, the often unattainable goodness of Saints can irritate the less evolved.

Passions
Prayer, service, simplicity, children, animals, and being present for the needy

Words
“Sanctify yourself and you will sanctify society.” -Saint Francis of Assisi 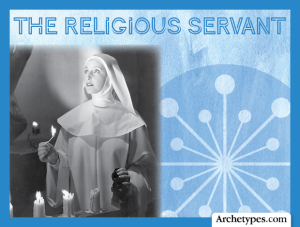 The Spiritual Family: The Religious Servant