The Tastemaker Family: The Goddess

Almost every religion, even now, from Hindu to Yoruba, has its female deities who represent the powers that strong females possess. Greek mythology gave us Aphrodite, Goddess of Love; Athena, the Goddess of War; Terpischore, the Goddess of Dance, and others with divine skills and supernatural powers. Other cultures have goddesses with similar and varying abilities.

But when we talk about Goddesses as archetypes in more contemporary times, we are talking about a special kind of woman, one who is a force to be reckoned with and a role model, icon, or heroine who inspires females of every stripe. Marilyn Monroe – like Jayne Mansfield, Lana Turner, and Christina Hendricks (of AMC’s Mad Men) – had a supernatural ability to seduce both men and women with her smoldering voice and a physique as iconic as any curvaceous African or pre-Colombian fertility statue. While Monroe is associated with fragility, the reason for her enduring legend comes from a reserve of strength within that allowed her to speak up for the Goddess in every woman.

Whether on screen or in real life, Goddesses demand attention for their abilities. Martha Stewart is a Goddess of homemaking. Diane von Furstenberg, who pioneered the idea of her own lifestyle as iconic, is a Goddess of fashion. The fictional Xena the Warrior Princess and even Buffy the Vampire Slayer have Goddess-like supernatural powers that inspire younger women to believe in themselves and take pride in being a part of feminist and matrilineal culture.

Strengths
Female goddesses combine the power of executives and mavericks with a high glamour factor. But they also aren’t afraid to be feminine.

Weaknesses
They can get caught up in their own quests for high levels of achievement and domination, which can lead to the inappropriate use of power.

Words
“There are only two types of women: goddesses and doormats.” -Pablo Picasso 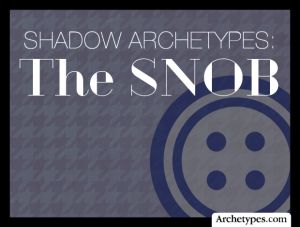