The Tastemaker Family: The Metrosexual

While the Gentleman is known for positive qualities beyond his style of dress, an interest in fashion and grooming are what mostly drive the Metrosexual male. Along with a fast-paced wit and obsession with the latest hair products, shoes, sneakers, fitness regimes, and technical gadgets, he is knowledgeable about the hottest restaurants, hotels, cars, and travel destinations.

Although the term Metrosexual is new, the Dandy as an archetype is not. In late 18th-century England, George Bryan Beau Brummell climbed in Regency-era aristocratic circles by way of his eloquent wit and impeccable dress. A century and a half later, the Duke of Windsor, who abdicated the crown to marry the divorcée Wallis Simpson, became an icon of style as he gallivanted around the world in bespoke suits and shirts and beautiful Windsor-knotted ties.

Decades later, the original modern Metrosexual, Patrick Bateman, was created in the fictional American Psycho by Bret Easton Ellis. “It all comes down to this,” he says. “I feel like shit but I look great.” While most Metrosexual men are not nearly as dangerous or crazy, they do possess a degree of narcissism that can make them suspect.

Perhaps that’s because while women are allowed to preen and obsess over fashion, men are not seen as trustworthy when assuming that role. But without these stylish fops, dandies, and sensualists—from Oscar Wilde to fashion designer Tom Ford—the world would be a far duller and drearier place.

Weaknesses
The primary problem with Metrosexuals is materialism. They can tend to care as much about things as they do people.

Words
“This wallpaper and I are fighting a duel to the death. Either it goes or I do.” -Oscar Wilde 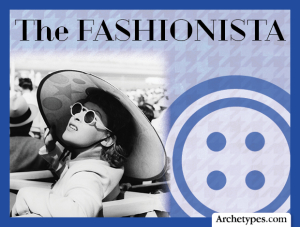 The Tastemaker Family: The Fashionista