Is your personal style dictated by a lifestyle you don’t actually happen to have?  Do you imitate but never originate? Do you secretly (or not so secretly) wish you were someone else? Do you wear the thread without having the cred? Then, hello, Poser.

Posers are imposters who try to fit into a crowd without doing the actual work it takes to be included in the group. They’re like party-crashers, except the “party” is really a lifestyle. There are Posers in all kinds of circles, but they tend to gravitate toward glamorous types such as Rock Stars, Artists, and Actors.

The Poser is an expert at copying every aspect of the group’s look and behavior without having actually done the one cohesive thing that holds the group together. For instance, a Poser in a circle of musicians wears the hip clothes and has the right haircut, hangs out at the same clubs, and talks the same talk as the other musicians. The only difference being that the Poser doesn’t really play an instrument, or doesn’t play one very well.

A Happy Poser
Posers are happiest in the act of name-dropping. They are always questing after an encounter they can brag about later that will illustrate the point that they are actually contenders in their desired group. If that encounter doesn’t happen, Posers will exaggerate what really did happen, insinuate that something amazing happened, or fabricate their desired reality.

Famous Posers
Garth Brooks, when he posed as an alternative artist with his alter-ego Chris Gaines; Eddie Murphy, when he posed as a pop star and recorded a song with Michael Jackson; Frank Abagnale, who successfully posed as an airline pilot, an attorney, a college professor and a pediatrician before he finally landed in jail; Christian Gerhardstreiter, who posed as a Hollywood producer, a Rockefeller, and more

Poser Entourage
Posers surround themselves with the group they want to fit into. Posers are most attracted to groups like the Actor, Musician, Artist, Prince, Princess, Athlete, Cool Dude, Indie, Goth, and Gangsta.

Poser in Love
For the Poser, romance should be an entre into the world of their choice. Posers seek love with the highest status person in the group they want to belong to. If that doesn’t work out, they work their way down the ranks until they find a taker. They can be quite accommodating to their chosen love interest. That is, until they find a partner with a higher status.

Poser Challenge
The Poser’s life is exhausting because of all the energy they put into being someone other than who they are. That kind of personal investment can’t pay off because they are not investing in a real person. Even if the fake version of themselves succeeds, there’s no joy in it for the unacknowledged, neglected real self.

In the beginning the Poser is just trying to take a shortcut to the life and role they desire. But in the end all the careful mimicry, the lies and pretending turns out to take much more energy than would have been expended if the Poser would have really made the sacrifices and done the work necessary to be the person he or she wants to be.

How to Play It
If you know a Poser, don’t expect this person to deliver what he or she is pretending to be or do. However, do recognize that the Poser is coming from a place of deep insecurity and self-rejection and probably could use your compassion.

If you sense that you are being a Poser, ask yourself why you just don’t go ahead and do the work necessary to be who you want to be. Address those reasons. If you want to be an Actor, Musician, Artist, Athlete, or whatever, make the sacrifices necessary to learn your craft. If you don’t want to make the sacrifices, consider that maybe it’s not the right path for you. 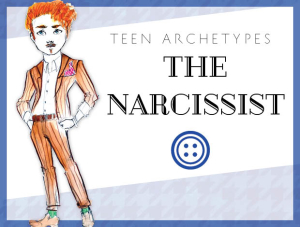