Maybe it’s because I don’t date enough that I find myself in the grocery store checking out the iconic men stacked on shelves.  And I wonder, what makes these guys so darned brand hot?

Last week I was choosing between the chef on the Cream of Wheat Box and Wolfgang Puck. Today it was the Brawny Paper Towels guy v. Paul Newman.

Both wildly profitable brands but I chose Newman’s Own and not only because he was a celebrity who even dead and illustrated has movie star eyes that follow you around the store. But because since their bare beginnings making salad dressing “as a joke” in a horse barn, Newman’s Own set into play an archetype that now for brands and business is “just good business.”  Think the onset of social philanthropy, giving back and paying it forward that customers have come to just expect from the brands they will support.

Newman never even expected to have customers!  But when he saw “their joke” was “getting out of control” he knew what he wanted to do with the profits. Give 100 percent to charity. Or as  Newman called it, “recycling money.” Because, “what could be better than extending your hand to someone less fortunate?” And to this day Newman’s Own does that without hoopla.  Unless you looked at their website, you would not know they have given of over 300 million dollars since their beginning in the early 80’s to over 750 charities around the world.

As simplistic as it may seem, try giving as Newman dubbed it “in shameless pursuit of the common good.”

And the best we will ever have to give begins with knowing ourselves and letting go of underestimating ourselves. This is where knowing and loving your archetypes lead your way. And giving of what you find there shamelessly.

There would be no Newman’s Own without the inspiration and leadership of his own true self. He was a Creative, Visionary and Caregiver. And he loved making salad dressings, among other things. Do you know who you truly are?

You can’t give what you don’t truly have. Give Your Own and see all that comes back to you,

Leah Komaiko is a Creative + Caregiver + Visionary from Los Angeles, CA. She is a brand strategist and bestselling author.  Learn more at LeahKomaiko.com 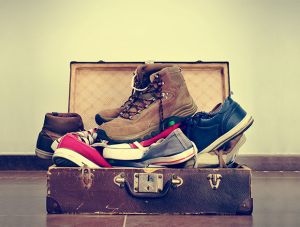 The Archetype of Crisis: Moving (Forward)