Vegans and Organos organize their lives around living holistically. Although they have been receiving a great deal of attention these days, they have been around for decades. In 1971, long before The Omnivore’s Dilemma by Michael Pollan, Frances Moore Lappe hit the world with her groundbreaking Diet For A Small Planet. Lappe’s book was a clarion call that brought attention to the environmental dangers and waste of animal-based consumption.

“Hope is not what we find in evidence,” she wrote. “It’s what we become in action.” This is the language of the Vegan and Organo, people obsessed with organic living and the politics of food. These passionate, animal-loving Advocates are driven by their interest in the stewardship of both their own bodies and those of all the animals on the earth.

Today, more than ever, veganism is a popular choice that can also come across as a cause. Alicia Silverstone, Lea Michele, and Portia de Rossi are all as impassioned as they are articulate about their beliefs. One of the most far-reaching Vegans is Paul McCartney’s daughter, the fashion designer Stella McCartney, a lifelong Vegan who advocates vociferously within her industry against fur.

Whether fighting to protect against genetically modified seeds, industrial agriculture, over-processed foods or fracking, Vegans and Organos fight the good fight for a clean world and a healthy animal kingdom.

Strengths
Articulate about their beliefs, yet realistic about what the rest of the world is willing to do, they live by example rather than scolding.

Weaknesses
Some Vegan/Organos can be judgmental, which can create awkwardness around the table or in shopping situations.

Words
“Animals are my friends… and I don’t eat my friends.” -George Bernard Shaw 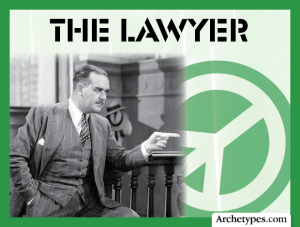 The Advocate Family: The Lawyer